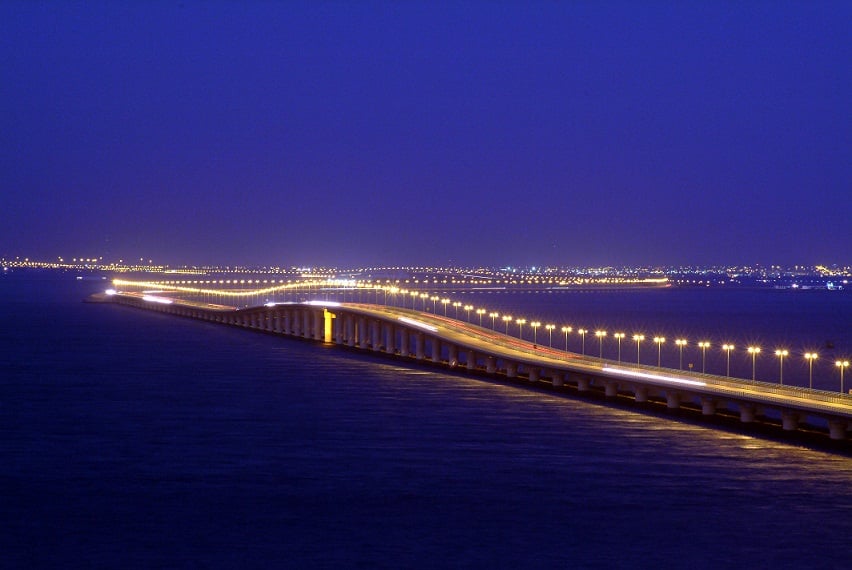 The kings of Saudi Arabia and Bahrain have agreed to conduct a private sector study for a second causeway linking the two countries.

The new route would be named after Bahrain’s King Hamad bin Isa and sit parallel to the existing King Fahd Causeway, according to Saudi Press Agency.

It is expected to ease congestion on the existing route, which handles some 50,000 vehicles daily, and build trade ties.

The second causeway could also host a railway line for the planned Gulf rail network.

Bahrain’s minister of transport and communications Kamal Ahmed Mohammed said the ministry was ready to implement the project in cooperation with Saudi Arabia.

He said funding for the project from the Saudi side would be through the private sector, according to Saudi publication Arab News.

In February, Bahrain News Agency reported that the existing causeway would undergo a major expansion this year from 17 to 45 lanes.