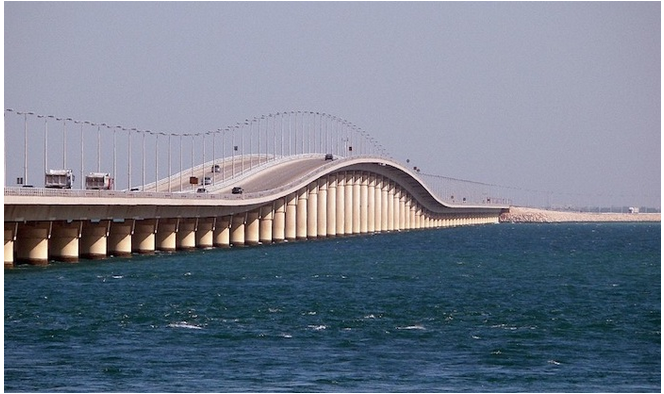 The King Fahd causeway connecting Bahrain to Saudi Arabia is set to undergo a major expansion to meet growing traffic on the route.

The expansion involves increasing the number of lanes from 17 to 45, representing an increase of up to 132 per cent, the official Bahrain News Agency reported.

Work on the project is expected to start within six months, according to King Fahd Causeway Authority director-general Abdulrahman bin Saad Al-Yahya.

Also, in order to reduce the waiting period for those travelling between the two countries, there will be additional access to the checkpoints.

Two lanes for each entrance will lead to eight cabins, the report said.

This will help facilitate the movement of traffic between the customs and passport cabins, officials said.

The number of cabins could be increased even more in the future, depending on demand, the report added.

According to official figures, the 25km causeway is used by around 27,000 travellers a day and has roughly 5,000 employees working in three shifts.

The causeway, opened in 1986, is Bahrain’s only terrestrial link with a neighbouring country.

Fees to use the causeway were increased by 25 per cent from January 1 this year to BD 2.5 or SAR 25 per vehicle.