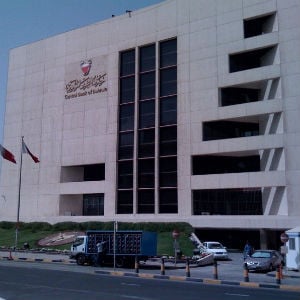 Perhaps more than any other banking sector in the Gulf, Bahraini banks face a number of challenges. The global financial crisis hit many of the Bahrain-based wholesale and investment banks very hard, including Gulf Investment Bank, Arab Banking Corporation, Investcorp and Gulf Finance House. Their investment and asset portfolios were hit hard, with heavy subsequent bottom line losses, and funding options were squeezed following the contraction in the wholesale funding markets. Most have recovered in terms of financial performance and profile but some questions remain in regard to their strategies, franchises and market positions going forward.

Domestic commercial banks on the other hand have generally fared reasonably well but real estate exposure still remains an issue and, more specifically, the political unrest seen in Bahrain during 2011 has created uncertainty and volatility in the domestic market. This will inevitably lead to more pressure on banks’ asset quality, earnings and profitability.

Moreover, for both the onshore commercial banks and offshore wholesale banks, some deposit outflow has occurred during the year. That said, the domestic retail banks maintain good liquidity positions.

Bahrain has much lower reliance on oil than other GCC markets but in turn does not benefit from oil production as seen in other Gulf states. As a result, GDP growth is usually much lower. In conjunction with the political unrest this year, and its negative impact on tourism and retail, GDP growth in 2011 is expected to be only around 2.5 per cent, lower than the 4.5 per cent recorded in 2010.

Political unrest will continue to dampen growth prospects and delay any recovery in the weak domestic real estate market. Central Bank of Bahrain data indicates that around one-third of the loans of Bahraini banks are linked to the real estate sector. Domestic banks will be impacted and the increase in asset bases over the coming year or so will be muted.

Despite continuing difficult regional and global markets, the offshore wholesale banks have recovered. Gulf International Bank (GIB) recorded net profit after tax of $84.6 million for the nine months to end September 2011. Year-on-year increases were seen in all income lines, with the exception of net interest income. Net interest income at $105.5 million for the nine months was 13 per cent down on the prior year period. The fall was due to lower average loan volume, and an increase in the cost of term finance as a result of actions taken to minimize the mismatch in the maturity profile of the bank’s balance sheet. While the increase in term finance has resulted in an additional cost, it has significantly reduced the bank’s previous reliance on short term wholesale funding, thereby protecting the bank in the current stressed market environment. At the end of September, short-term wholesale deposits funded only 13 percent of the loan portfolio.

GIB’s fee and commission income at $37.0 million was 40 per cent higher than in the prior year period. Significant year-on-year increases were recorded in both trade finance and investment banking fees. Total expenses at $84.2 million for the nine months were 15 per cent up on the prior year period. The year-on-year increase in expenses reflected ongoing investment in the implementation of GIB’s new GCC-focused universal banking strategy.

Arab Banking Corporation’s (ABC) net profit for the first nine months of 2011 was $157 million, 40 per cent higher than 2010. Capital has improved over the last couple of years and its capital adequacy ratio is currently of 23.9 per cent, predominantly Tier 1, which totalled 19.1 per cent.

ABC has continued to prudently reduce its exposure to market risk, maintain a liquid position and to implement strict credit and liquidity guidelines. Brazil has continued to be a major engine of revenue growth and revenues from subsidiaries in MENA are up year on year despite the difficulties.

ABC’s strategy is based on creating a MENA universal bank, incorporating a substantial retail operation. Early in the year, shareholders approved a $1.1 billion rights issue specifically to fund expansion in MENA. One of the three founding shareholders, the Central Bank of Libya, raised its ownership stake to 59.37 per cent in 2010. Recognising that organic growth alone will not achieve the desired expansion in retail banking, ABC is seeking acquisitions in the MENA region.

AUB continues to benefit from its geographical and product diversification. The bank reported net profit of $240 million for the nine months ended September 2011, a 19.5 per cent increase over the same period in 2010. Net interest income for the nine months rose by 12 per cent to $416 million. Its asset quality is good with the non performing loans ratio standing at 2.5 per cent. The provision charge during the current period declined by 15 per cent to $117 million. Customers deposits increased by 12.4 per cent to reach $16.7 billion which enabled AUB to reduce its dependence on wholesale funding by $1.4 billion during the year. International Finance Corporation Capitalization Funds provided AUB with $125 million new Tier I qualifying equity and $165 million Tier II qualifying subordinated debt. An agreement was also executed with IFC to extend the maturity date of its existing Tier II $ 200 million subordinated debt from 15 December 2016 to 15 December 2018, thereby increasing its capital effectiveness for AUB.

For the onshore commercial banks, National Bank of Bahrain achieved net profit of BD35.95 million ($ 95.6 million) for the nine months ended 30 September 2011 compared to BD34.03 million ($90.5 million) for the corresponding period of 2010, an increase of 5.64 per cent. BD2.45 million was provided during 2011 towards impairment on equity investments due to declining stock market valuations. The Bank also took a voluntary general loan loss provision of BD1.20 million during the current year to further enhance its balance sheet position.

Despite the better results at selected banks, the Bahrain economy faces challenges in 2012. The rating downgrade has resulted in a higher cost of borrowing for banks and the country. Full year results for 2011 may well see an increase in non-performing loans, a result of the hostilities in the first half of the year. The retail sector was largely closed for two months, which caused significant cash flow problems and saw some staff layoffs. Higher levels of bad loans seem inevitable.