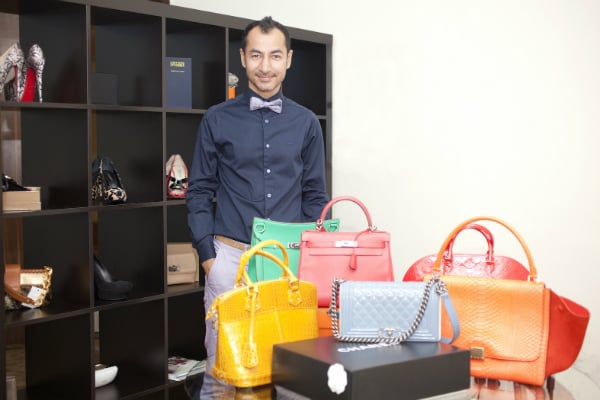 Dubai-based online platform The Luxury Closet hopes to beat growing competition in the region’s e-commerce space by serving the high-end luxury segment, according to its founder Kunal Kapoor.

The company, which earlier this week closed another funding round valued at $8.7m, has an average order value of over $700, Kapoor revealed.

“We see this as a competitive edge that will allow us to build unique business and a focal point for luxury buyers and sellers across the world. Dubai is an
amazing city to start a luxury company, and we hope to expand further outside the region. Over 20 per cent of our sales come from the US, which shows how global the buyer base is,” he said.

The Luxury Closet, set up in 2012, focuses on the pre-owned luxury goods segment, with over 60 per cent of sales coming from brands like Louis Vuitton, Chanel and Rolex that don’t discount their merchandise.

While the region’s luxury market is booming  – analysts predict the MENA luxury market will be worth over $12bn by 2021 – the second-hand vertical is still to gain speed.

Estimates suggest that the size of the second-hand vertical in the region can be upwards of $900m, said Kapoor.

“In developed markets one in 10 luxury purchases are pre-owned, while if we look at watches alone its one in five purchases. In the Middle East we have a lot of room to grow as the segment is under served,” he stated.

“The idea of pre-loved luxury is only recently becoming well-known in this region, and is slowly becoming more popular. Consumers are beginning to see the many benefits that come with buying second-hand luxury, including economic and sustainable benefits.

“It’s also a place to find the limited edition pieces that were on waiting lists when launched,” he added.

Some of the limited edition products listed on the site currently include a Bottega Veneta multicolour leather tote-bag priced at $2,781, a Montblanc Great Characters Alfred Hitchcock rollerball pen priced at $2,463 and a Bvlgari Black Carbongold Abu Dhabi men’s wristwatch priced at $2,455. 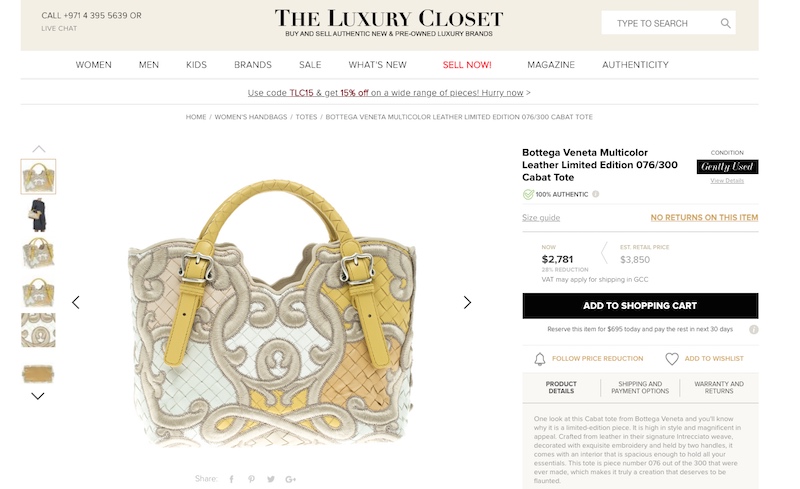 Looking ahead, the site is looking to focus on adding several new retailers to the platform and a new customer experience centre, said Kapoor.

The funding it has just received will also be used to expand its warehousing facility, he added.

“The MENA region is in an exciting upswing in terms of startup activity and funding. Our lead investor MEVP announced this year the launch of a $250m fund which will be one of the largest in the region,” he said.

The company is also looking at developing a partnership – regionally or/and internationally.

“Retail partnerships like Amazon/Souq and Noon/Ebay are a win win since they happen between non competing business in this case in different geographies. The Luxury Closet is actively developing such partnerships, either with local retailers, or international,” Kapoor added.

Online marketplace The Luxury Closet closes $7.8m series B round