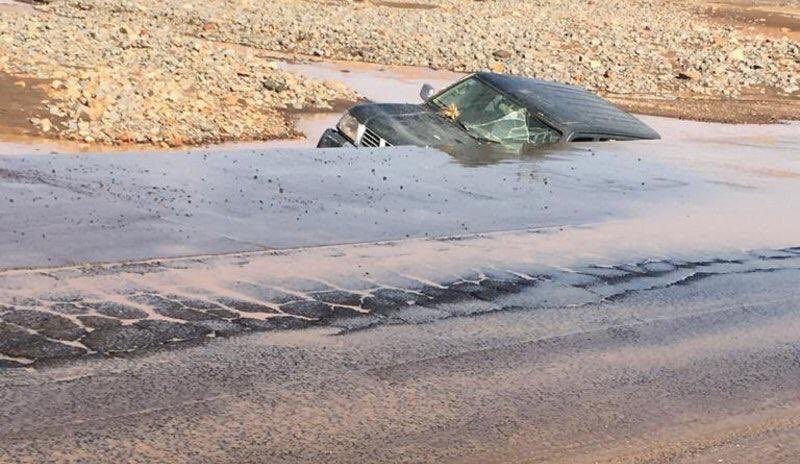 At least 12 people were killed in Saudi Arabia due to heavy floods in the kingdom in the last three days, the Saudi Press Agency (SPA) reported on Wednesday.

The General Directorate of Civil Defence confirmed that 10 people died in ​​Tabuk, one person was killed in Madinah and one person died in the northern border due to heavy flooding.

Officials also said that 271 people across the kingdom were rescued from flooding and heavy rains between Sunday, January 27 and Wednesday morning (January 30).

The biggest rescue operation took place in the Tabuk region, where 137 people were evacuated.

With regard to losses due to accidents and floods, the civil defence said that committees have been formed to measure rain damage in a number of affected areas.

Read: Several people rescued after being stranded by heavy rains in Saudi’s Tabuk

Meanwhile the General Authority for Meteorology and Environmental Protection warned on Wednesday that several parts of Saudi Arabia will continue to face severe weather conditions.

Thunderstorms accompanied by heavy winds are predicted in Jeddah and the neighbouring areas including Shuaiba, Bahra, Thul, Jumum, Dahban, Asfan and Rabigh.

Authorities have urged residents to take precautions and avoid visiting flooded areas and valleys. They also warned people against swimming in the wetlands formed by rain and floods and to abide by civil defence instructions.