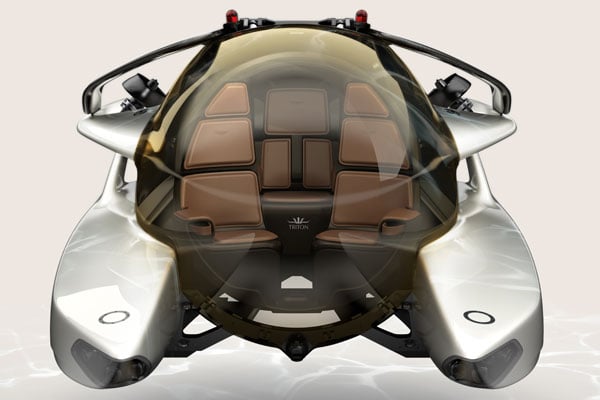 Recall the last five times you heard or read about Aston Martin. We bet that at least on three of those five occasions, you heard the brand mentioned outside of the context of supercars.

That’s because although the British marque has some stunning four-wheel wonders under development – the hyper fast Valkyrie being developed with Red Bull Racing and the upcoming Vanquish-replacing DBS Superleggera, among others – it has cleverly diversified the scope of its operations far beyond cars.

In Miami, for example, Aston Martin is building a residential tower with 391 condos that are expected to net an incredible $1bn in overall sales – the most expensive apartments start at $50m a pop.

Then there’s the $1.6m 37-foot AM37S powerboat it has built in association with Quintessence Yachts, deliveries of which have already begun.

To be fair, this diversification into real estate or powerboats by a carmaker is not unique to Aston Martin – there’s the Porsche Design Tower just a few miles away from Aston Martin’s current construction site in Miami, and the $2m Mercedes-AMG powerboat, which went on sale earlier this year. 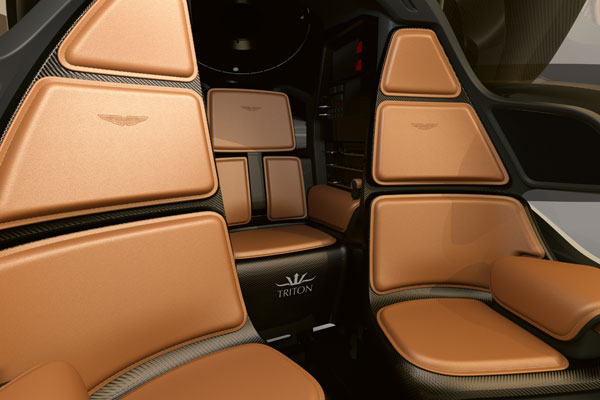 However, there’s one area that no luxury carmaker has ventured until now – under the waves. Aston Martin was first off the block when it announced in September last year that it was partnering with Florida- headquartered Triton Submarines to co-develop a submersible.

Triton has a fair amount of experience in building deep-diving personal submarines that are used for scientific exploration, recreational use (by very wealthy playboys) and filming purposes too. Their 3300/3 flagship can descend up to a depth of 1,000m (3,300 feet).

The design of the Aston Martin and Triton Submarine, codenamed Project Neptune was finalised in May this year.

The carmaker announced that the Neptune would be able to descend to a depth of 500m. Sure, it isn’t as much as the 3300/3, but the Neptune can still descend to roughly twice the average cruising depth of a Virginia-class nuclear-powered Tomahawk missile-touting naval submarine.

Triton has raised its own game too during the production of Neptune. The craft has a sprint speed of more than 5 knots – faster than any other Triton vessel – and an acceleration four times more than the 3300/3.

Aston Martin, meanwhile, isn’t just lending its name and slapping its branding onto the side of the submarine. It’s been a hands-on co-development especially with the hydromechanics of the submersible. To do so, it’s borrowed the technology it has acquired during the ongoing production of the Valkyrie.

“As with the Aston Martin Valkyrie, the hypercar we are developing with Red Bull Advanced Technologies, we have afforded as much attention to the hydrodynamics of the underside as we have the visible surfaces,” says Marek Reichman, Aston Martin EVP and chief creative officer.

Inside the battery-powered personal sub, there’s space for two passengers and a pilot, who enjoy a nearly 360-degree view thanks to the acrylic canopy. The smart interiors feature the same hand-stitched leather, carbon fibre and even cotton you’d find in an AM supercar. Installing the interiors requires tricky manoeuvring, explains Reichman. 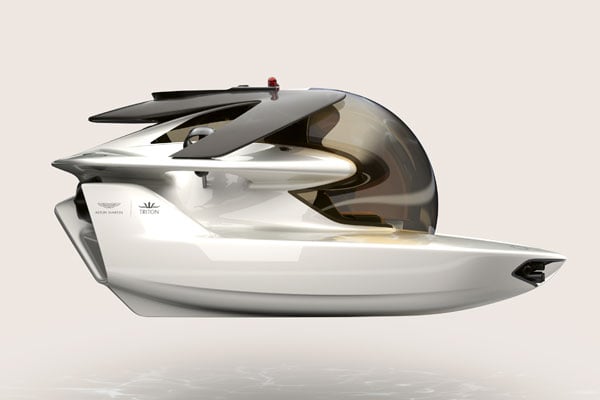 “Unlike a sports car where the interiors are installed into an open-sided cabin before the doors are fitted, everything you see inside will be lowered through the upper-hatch and assembled within the completed sphere of the pressure hull.”

Need the stitch on those seats to match the shade of your wife’s favourite nail polish? No problem. The Q by Aston Martin bespoke service is available to the submersible’s customers.

The project has moved very quickly from the time it was announced last September to the expected debut of the first production model within the next few weeks. Customer deliveries are expected to begin not long after. The prices of this limited-edition submersible haven’t yet been declared. But if you don’t have around $5m in loose change, don’t bother applying.