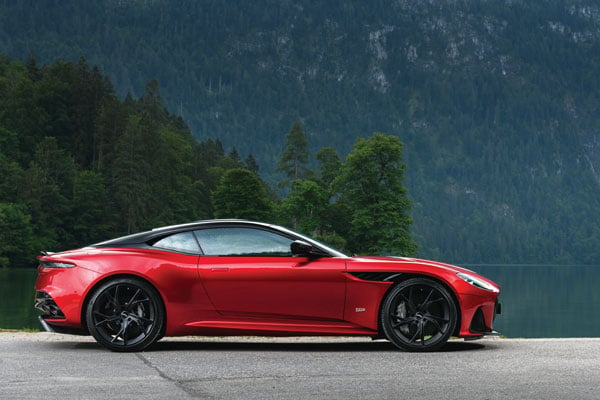 Legacy Antivirus solutions alone were inadequate to protect it against sophisticated malware and increasing ransomware attacks, the luxury auto company said in a press statement.

With a complex IT landscape, including Windows, Mac, Linux, and Cloud Workloads, as well as high-specification CAD, CAE, and design production workstations, it needed a technology solution that would seamlessly perform across different operating systems and have robust APIs for seamless integration across the tech and cybersecurity stack.

“We couldn’t have any solution that was going to get in the way of our users, particularly our engineers and designers” commented Steve O’Connor, director of Information Technology, at Aston Martin Lagonda.

“We wanted a platform that was simple to use and almost invisible to the users, but that would give us complete confidence and security. Most of all, we wanted something future-proof as Aston Martin Lagonda continues constantly innovating.”

O’Connor added that the British firm went through three vendors before narrowing down on SentinelOne.

“We were impressed by how quickly SentinelOne had come to lead the enterprise security market with capabilities we didn’t see from any other vendor. We saw unrivaled protection and very low numbers of false positives all while receiving positive responses from users across all operating systems,” said O’Connor.

SentinelOne’s Singularity platform is a product-first approach, powered by patented AI and machine learning. The solution is able to not only prevent attacks, but also autonomously reverse any threat.
Aston Martin implemented SentinelOne’s Vigilance MDR (managed detection and response) service, delivering global 24/7/365 SOC scalability and protecting against even the most advanced threats.

“We’re confident SentinelOne’s patented approach not only delivers unrivaled levels of protection and visibility, but also lives true to the experience we provide more than 4,000 leading enterprises worldwide. With SentinelOne behind the wheel, Aston Martin Lagonda takes its cyber defences to new levels whilst saving time and operational costs in running a global cybersecurity operation,” said Nicholas Warner, chief operating officer at SentinelOne.

In May, Gulf Business hosted a special webinar titled The Threat Hunting Challenge with Jan Tietze, director of Security Strategy EMEA at SentinelOne who revealed how best to detect threats and respond to cyberattacks to ensure data remains secure.

Read: Watch: How to prepare for and respond to a cyber attack?

As many as 82 per cent organisations in the UAE faced at least one cyberattack in 2019, while 51 per cent reported multiple incidents, research by cyber security and compliance firm Proofpoint revealed.

Read: Four of five organisations in UAE faced at least one ‘cyber attack’ in 2019 – study

Account compromise led cyber attack methods in the UAE in 2019, impacting 28 per cent of the companies surveyed, followed by credential phishing (20 per cent) and insider threats (17 per cent).

Infobip on why businesses should invest in customer experience