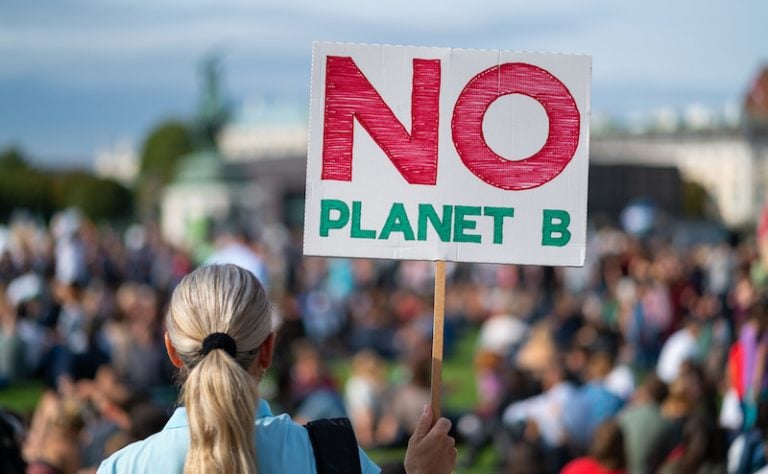 Saudi Aramco has joined with European and US supermajors representing a third of the world’s oil industry to begin curbing emissions at their own operations as the clamour builds for the biggest polluters to act on climate impact.

Members of the Oil & Gas Climate Initiative, a group of big oil companies working on ways to respond to climate change, pledged to reduce the carbon intensity of their operations to between 20 and 21 kilograms of carbon dioxide per barrel of crude equivalent by 2025.

That represents a reduction of as much as 13 per cent from 2017 levels.

The target only refers to “intensity,” meaning it allows producers to increase their overall emissions, but they’ll have to be cleaner on a per-barrel basis.

It also doesn’t include customer emissions, referred to by carbon accountants as “Scope 3,” which typically add up to more than 90 per cent of an oil company’s total footprint.

But the target is higher than the 18 kilograms of carbon dioxide per barrel averaged by members of the International Association of Oil & Gas Producers, which represents about 40 per cent of the industry.

Bob Dudley, the former BP CEO and chairman of OGCI, said the new target is significant because it brings together privately owned and state oil producers around a common goal.

“It’s a start,” Dudley said in a phone interview. “I don’t think it’s a small achievement to bring all these companies together – national oil companies, who have their own pressures, European and US companies have different government and shareholder pressures on them – actually work together, particularly during the pandemic.”

Achieving the target by 2025 will remove as much as 52 million tons of carbon dioxide per year, equivalent to the total emissions from about 6 million US homes, according to the OGCI. “Anyone that tells you these are not big numbers, that’s just not right,” Dudley said.

European oil companies such as BP, Royal Dutch Shell and Total, have announced some of the most aggressive emission reductions targets, but have been criticised for a lack of detail and for giving themselves until the middle of the century to achieve carbon neutrality.

By contrast, the OGCI target is “near-term, which means it’s practical and can be measured,” Dudley said.

“It’s a step in the right direction for national oil companies to set emissions targets, even if it’s only a small step,” said Andrew Grant, head of oil, gas and mining at Carbon Tracker, an energy transition research group.

“Incremental developments are welcome, but they need to be followed up with broader goals. Upstream emissions are only a very small part of the issue.”

The European Union is aiming to be carbon neutral by 2050, a big reason why European oil companies are embracing a similar goal.

Despite widespread public criticism for its contribution to climate change, the oil and gas industry has proved it can adapt quickly to economic and political pressures, Dudley said.

Big Oil’s new investment criteria “has got to be cleaner, it’s got to be economic for sure, it’s got to be within policy and it’s seen to be moving the envelope because everybody has a sense of urgency about this,” he said.