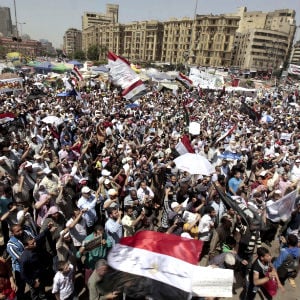 Despite popular opinion, the impact of the Arab Spring on the UAE was minimal, said a hospitality industry expert at the Arabian Investment Conference in Dubai on Sunday.

“Because when we look at the arrivals by nationality over a ten-year period and we try to isolate 2011, we see that the main market that has been boosted by the Arab Spring is Saudi arrivals in Dubai.

“And even that needs to be looked at because in 2011, Ramadan fell completely in summer and this obviously has an impact on the travel patterns of some Muslim families. In Europe, the sunset in summer is 10.30 in the evening and the whole lifestyle is difficult for those who observe Ramadan,” he said. “So this fact might have also acted favourably for Dubai, a destination where combining family holiday with Ramadan is relatively easy,” he said.

Dubai posted a ten per cent year-on-year rise in hotel guests in 2011, welcoming 9.3 million hotel guests, according to the Dubai Tourism and Commerce Marketing (DTCM).

In the first quarter of the year alone, Dubai saw 86.6 per cent occupancy, increasing RevPar by 17.6 per cent year-on-year, according to STR Global.

According to Mahmoud, there are several other factors that have contributed to the growth of Dubai’s hospitality sector.

“The political uncertainty associated with Arab Spring in some countries is simultaneous with economic uncertainty in Europe, and also holiday budgets are the first budgets to be looked at when saving.

“When there is unprecedented economic uncertainly, people tend to reduce the length of stay, the frequency of their travel, and it can holiday closer to home,” he said.

In addition, American tourist numbers fell in 2008 because of the financial crisis, however, their arrivals revived in 2011 and reached the same level as 2007.

“So the factor that made the difference is not the Arab Spring, it is the financial crisis,” he said.

“Chinese tourist arrivals have also multiplied by ten times between 2002 and 2011. So nationality-wise, the field of the potential impact of Arab Spring is limited, Mahmoud added.

“The fact is there is growth because there is consistency in the marketing strategy,” he said.

However, according to Alex Kyriakidis, the president and managing director MENA, at Marriott, destinations such as the UAE did benefit from the Arab Spring.

“Tour operators become concerned about the safety and security of their guests and they literally just redirected demand to other destinations,” he said.

“So while Egypt suffered in 2011, there were beneficiaries who absorbed that demand like the UAE, Turkey and even Spain,” he said.

However, he added that the UAE is increasing its penetration of new destinations and markets owing to new routes launched by Emirates airline. The low-cost cost airline flydubai is also stimulating a new value-for-money market from the Middle East, he said.

“So once tourism begins to Egypt, you might see some impact here [in the UAE], but the other drivers mean that it won’t be a big drop for the future of Dubai,” he added.