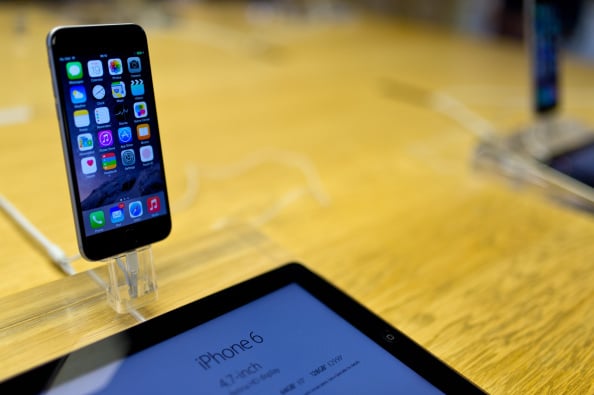 Apple’s iPhone 6 retained its position as the most popular smartphone in the UAE during the first quarter of 2016, according to the latest report from the Telecommunications Regulatory Authority (TRA).

The iPhone 6 accounted for 4.48 per cent of the total handsets registered on UAE networks.

Meanwhile its predecessor the iPhone 5s was the second most popular smartphone with a 2.39 per cent market share.

According to the report, 68.91 per cent of handsets registered on the UAE’s networks between January 1 and March 30 were smartphones.

It also found that Samsung is the most used handset brand in the UAE, with 33 per cent of all handsets manufactured by the Korean company.

Meanwhile Nokia enjoys a marketshare of 28 per cent, followed by Apple with 14 per cent and Blackberry (2 per cent).

In terms of mobile operating systems used in the country, Android was found to be the most common, followed by Apple’s iOS.

The use of Symbian has been declining over time, the report stated.

Looking at application websites, Apple iTunes was the most popular in the UAE during the first quarter, followed by Samsung Apps and Android Applications.

The report also found that UAE users made 24 billion visits to social networking websites during the first three months. Visits to Facebook accounted for 91 per cent of the total visits, followed by Twitter (5 per cent), LinkedIn, MySpace and Maktoob.

Apple has been increasing its market share in the UAE in the last few years and recently opened two new stores at the Dubai Duty Free in Dubai International Airport, representing its largest-ever outlets in travel retail.

The company opened its first stores in the Middle East last year, with two stores launched simultaneously in Dubai and Abu Dhabi.

Apple’s CEO Tim Cook, who visited the UAE in May this year, confirmed that the company plans to expand its presence in the country.