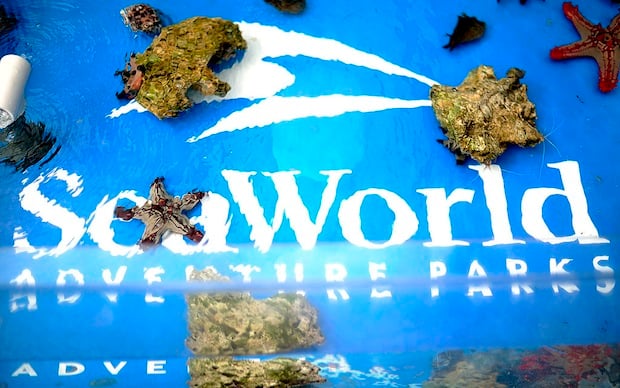 Animals rights group People for the Ethical Treatment of Animals (PETA) has hit out against the decision to open a SeaWorld theme park in Abu Dhabi.

The theme park – the first SeaWorld outside the US – is scheduled to open in Abu Dhabi’s Yas Island by 2022, it was announced on Tuesday.

It will be the first new SeaWorld without orcas, and will feature up-close animal experiences, mega attractions and an aquarium, a statement said.

To be developed in partnership with Miral, SeaWorld Abu Dhabi will also include the UAE’s first dedicated marine life research, rescue, rehabilitation and return centre focussing on the conservation of local marine life.

However, in a statement, PETA’s vice president of International Campaigns Jason Baker blamed Abu Dhabi and the UAE’s tourism industry of taking a “giant step backwards.”

“In a country with a state-of-the-art Formula One racetrack, the world’s fastest roller coaster, and buildings that push the limits of architectural imagination, tiny tanks filled with miserable animals couldn’t look more out of date or out of place,” he said.

“Animals incarcerated in SeaWorld’s deplorable displays endure a life of misery, deprived of their families and the freedom to swim vast distances or do anything else that is natural and important to them.”

The company claims it also rescues and rehabilitates marine and terrestrial animals that are ill, injured, orphaned or abandoned, with the goal of returning them to the wild.

However, Baker alleged that with growing public awareness about its ‘ill-treatment’ of animals, SeaWorld’s business has “tanked”, several of its highest-ranking executives have stepped down, its stock has plummeted, and its parks have been hit by protests.

“If Abu Dhabi wants to maintain its “extraordinary” reputation, it should quickly halt plans to imprison dolphins, seals, polar bears, penguins, or any other marine mammals at its new park— and focus instead on modern wonders such as 3D mapping and virtual reality technology that actually enthrall and inspire people,” Baker added.

Abu Dhabi is currently focussed on building its tourism sector as it seeks to diversify its economy away from oil.

Yas Island, which will host the new SeaWorld, already has other theme parks such as Ferrari World Abu Dhabi, Yas Waterworld, and the recently announced Warner Bros. World Abu Dhabi and Clymb – both set to open in 2018.

The destination hopes to double its visitor numbers to 48 million by 2022.