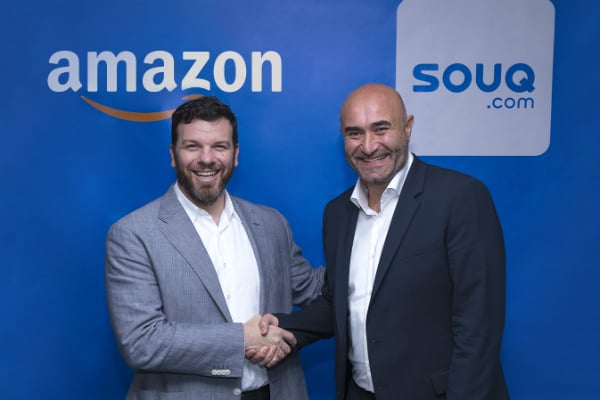 On Monday, the shopping centre group and owner of Dubai Mall announced a bid of $800m for Souq.com in what some analysts considered an attempt to prevent Amazon’s immediate entry into the Middle East market following reports of a deal last week.

In a brief release, Amazon said the acquisition would enable Souq to “continue growing while working with Amazon to bring even more products and offerings to customers worldwide”.

The value of the transaction was not disclosed but previous reports indicated it was between $580m and $750m – significantly less than the estimated $1bn valuation following Souq.com’s $275m fundraising
round last year.

However, this is still a sizeable return on the $425m estimated by CrunchBase to have been put into the company by investors, including Tiger Global Management, South Africa’s Naspers Ltd and more recently Standard Chartered in the 2016 round.

“We’re looking forward to both learning from and supporting them with Amazon technology and global resources. And together, we’ll work hard to provide the best possible service for millions of customers in the Middle East.”

Souq.com CEO and co-founder Ronaldo Mouchawar said the acquisition was a critical next step in growing the company’s e-commerce presence and would allow it to vastly expand its delivery capabilities.

The announcement puts an end to a drawn out bidding process for the Middle East e-commerce site, which was said to include local malls operator Majid Al Futtaim, India’s Flipkart and Emaar chairman Mohamed Alabbar.

Reports in January suggested Amazon had walked away from the sale due to a disagreement over the price, before Bloomberg confirmed talks had restarted this month.

Paul Cuatrecasas, CEO of Aquaa Partners, speculated following confirmation of Emaar Malls’ bid yesterday that it was attempting to avoid a similar situation to other markets where established retailers have been placed under pressure by the size and efficiency of Amazon’s offering.

Emirati billionaire and Emaar chairman Alabbar was expected to launch his own e-commerce platform to rival Souq.com in January after a high profile $1bn announcement with the Saudi Public Investment Fund.

But there has been little update since the start of the year and Alabbar’s involvement in the Souq.com bidding process has led some to speculate whether his plans were reliant on buying out the existing competition.

Souq currently offers 8.4 million products after recently expanding into books and groceries and operates directly in the UAE, Egypt, Saudi and Kuwait, with shipping also available to Oman, Bahrain and Qatar.

It is believed to account for 78 per cent of the Middle East and North Africa e-commerce market.

The deal, which is expected to close in 2017 subject to closing conditions, will likely see the site significantly expand its footprint and its product lineup.

Souq was originally founded 12 years ago as an auction site component to Arabic internet portal Maktoob before changing its model to online shopping after Maktoob was acquired by Yahoo in 2009.