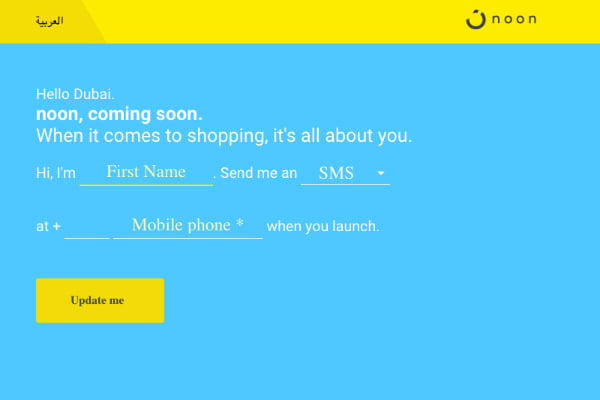 Faraz Khalid, who co-founded Namshi in 2012, will lead Noon into its launch later this year following the departure of previous CEO Fodhil Benturquia and several other key staff members.

Read: CEO of Alabbar-backed e-commerce site Noon quits ahead of its launch

Alabbar has made a number of acquisitions in the e-commerce space this year after Noon missed its January launch date and appeared to encounter difficulties behind the scenes.

In May, the founder of UAE online retailer JadoPado, Omar Kassim, quit his new role as chief technology officer at Noon after his former firm was acquired by an Alabbar-backed technology fund.

Alabbar’s Emaar Malls Group also announced the acquisition of a 51 per cent stake in Namshi for $151m in May.

The billionaire said in a statement that Noon, which is also backed by Saudi Arabia’s Public Investment Fund, was still on track to launch this year with final work on fulfilment infrastructure and payment systems being completed.

However, he did not give a launch date or month.

“Several of the region’s leading brand owners and suppliers have come on board, underlining our local strength,” Alabbar said.

Noon will compete for customers with the region’s current largest platform Souq.com, which was acquired by Amazon for an estimated $650m earlier this year.

Consultancy A.T. Kearney estimates the GCC will become one of the fastest growing e-commerce markets in the world in the coming years and could be worth $20bn by 2020.

Online sales sales will grow more than three times faster than traditional retail at a compound annual growth rate of 30 per cent to 2020, according to the firm.