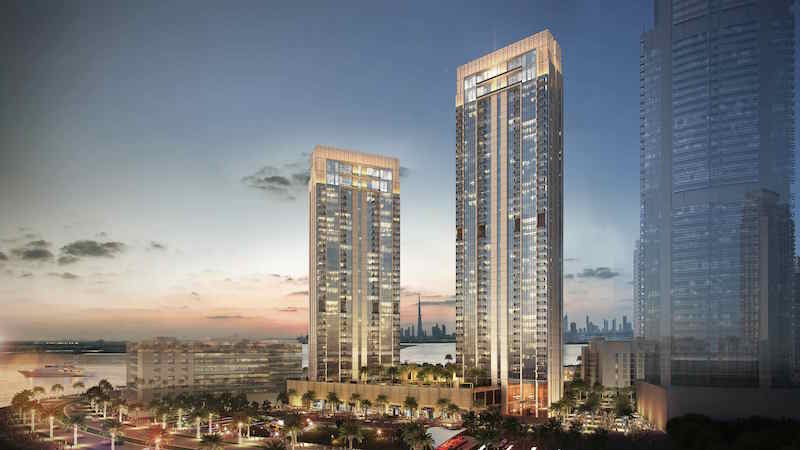 Dubai developer Emaar has awarded the main construction contract for its waterfront residential project Creekside 18 to Al Naboodah Construction Group (ANCG) – part of the Al Naboodah Group Enterprises, it was announced on Wednesday.

The size of the contract was not disclosed.

Launched by Dubai developer Emaar Properties in September 2015, Creekside 18 residences is a two-tower apartment complex that is situated in the Island district of the Dubai Creek Harbour project.

Under the contract, ANCG will be responsible for the construction of the two 37-storey residential towers, each with residential units, technical floors, penthouses and commercial units, plus external works and landscaping.

Works, which commenced earlier this year, have been on-track with substructure and in situ concrete superstructure progressing, a statement said.

In July, Dubai contractor Arabtec announced that its wholly owned subsidiary, EFECO (Emirates Falcon Electromechanical Co) had won a Dhs113m contract from Al Naboodah for the MEP works of the development.

Work on the project began last month, and the duration of the project will be 22 months, it said.

The development will also host what is slated to become the world’s new tallest building – The Tower at Dubai Creek Harbour.