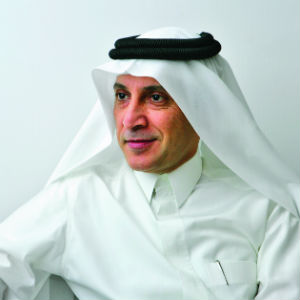 The head of Qatar Airways, usually one of the aircraft industry’s fiercest critics, expressed confidence that Airbus and Boeing would resolve a series of high-profile glitches but warned against further production delays.

The endorsements from a top industry figure best known for lambasting manufacturers over delays will come as a relief to both planemakers as they count the cost of recent mishaps.

Chief Executive Akbar Al Baker said it was normal for new aircraft such as the Airbus A380 superjumbo and the Boeing 787 Dreamliner to have teething problems and stressed safety was not an issue.

He also seemed satisfied with Boeing’s production plans for its new 787 Dreamliner, although many analysts have described the company’s plans to boost production to 10 aircraft a month by end-2013 from 2.5 now as optimistic.

“The 787 will be a very good airplane. I am confident,” Al Baker told Reuters at a trade show on Wednesday.

“I cannot discuss the details, but I can tell you that they have a very achievable ramp-up strategy,” he said after being briefed on the plans for record wide-body aircraft production.

Boeing is grappling with a problem of delamination or the separation of bonded layers in part of the composite structure of its lightweight Dreamliner, while Airbus is wrestling with a series of cracks on components inside the wings of its A380 superjumbo.

“I think they will solve the problems with the A380. It is not a big issue…it is an aircraft that is in its infancy,” said Al Baker.

Analysts say Airbus parent EADS may take a charge of some 100 million euros for the cost of repairing the cracks and Airbus CEO Tom Enders has told staff the A380’s reputation is at stake and that no costs will be spared to resolve this.

EADS will report 2011 earnings on Thursday.

Al Baker’s remarks at a major travel industry event in Berlin contrast with his comments during the Dubai air show in November when he questioned whether Airbus was “still learning how to build aircraft”. He has also recently criticised the Boeing 747-8 for being overweight and burning too much fuel.

Qatar is due to receive its first of 30 787s in June and its first A380 in 2013. With plans to unveil the 787 at the Farnborough air show in July, including lavish seats and entertainment consoles previewed on Wednesday, Al Baker said he would not accept any more delays to the 787, which is about 3 years late.

He also warned Airbus against extending a six-month delay for the first variant of its future A350, the European company’s answer to the Dreamliner. Qatar now expects to receive the first of 80 planes in mid-2014 instead of late 2013.

He repeated criticism of Airbus designs for the largest type of A350 — the 370-passenger A350-1000 due in 2017, which has also failed to impress other Gulf carriers — but said the designers had time to come up with improvements.

Airbus and Boeing are involved in a tug of war over the direction of the lucrative ‘mini-jumbo’ market, which is so far dominated by the still fast-selling Boeing 777. Airbus says its plane will replace the 777-300ER but Al Baker rejected this.

He said he was “satisfied” with proposals for a new 777 presented in confidential briefings. Boeing has said it will decide what to do in this part of the market later this year.

In a boost for Airbus, however, Qatar threw its weight behind the planemaker’s latest project by expressing interest in converting up to 20 of its A330 passenger jets into freighters.

Al Baker had previously threatened to buy converted Boeing 767 aircraft because of a gap in Airbus’s cargo strategy.

The plans would involve giving a second life hauling cargo to mid-sized passenger jets. Qatar operates six freighters but is not interested in buying new ones because the economics are not right, so it prefers to convert jetliners, Al Baker said.

Some in the $100 billion annual aircraft industry dismiss Al Baker’s headline-grabbing criticisms as a negotiating ploy, but he insists he is defending the interests of an airline which is in the throes of dramatic expansion alongside others in the Gulf.

“When I need to criticize them (Airbus and Boeing) to wake them up I will and when they are doing things correctly, I should also give them credit,” he told a news conference.

“I am known to be outspoken but I am also known to be fair. I am not on anyone’s payroll and I am looking at everything from the point of view of Qatar Airways.”

He also played down speculation that Qatar Airways would buy airlines in financial difficulties in Europe and said it had shelved plans to buy the new CSeries being developed by Canada’s Bombardier, but had “not written the CSeries off”.