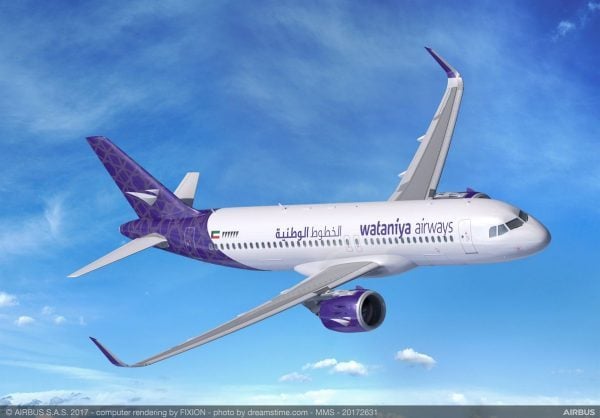 The deal, worth $2.7bn at list prices, will see the planes added to Wataniya’s existing fleet of two A320neos.

The Kuwaiti airline resumed operations in July 2017 after a six-year absence blamed on its financial situation and political instability in the Middle East.

It plans to launch services to 16 destinations in Egypt, UAE, Lebanon, Jordan, Iran, India, Pakistan and Europe, after resuming services to markets including Tbilisi, Baku and Sarajevo.

“The addition of the aircraft will enable us to further strengthen our network as we continue to serve our valued customers.”

Securing a major deal was considered key for Airbus amid continued speculation surrounding a potential A380 order with Dubai airline Emirates at the airshow this week.