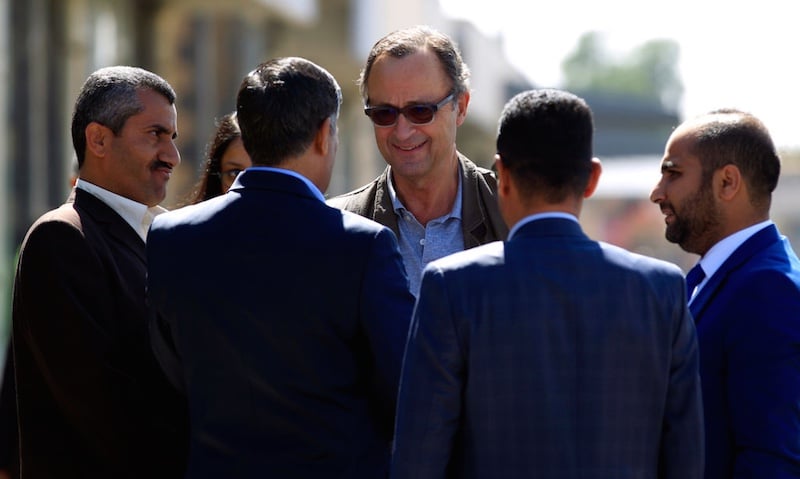 A UN advance team arrived in Yemen’s port city of Hodeidah on Sunday to start monitoring a ceasefire and withdrawal of forces agreed by the Iranian-aligned Houthi group and Saudi-backed government forces, the United Nations said.

The warring parties in Yemen’s nearly four-year war reached the deal at UN-sponsored peace talks in Sweden earlier this month. The truce began on Tuesday but skirmishes continued on the outskirts of the city.

Read: Fighting breaks out in Yemen’s Hodeidah after truce deal

The UN Security Council on Friday unanimously approved the deployment – for an initial 30 days – of an advance monitoring team led by retired Dutch General Patrick Cammaert. He is chair of a Redeployment Coordination Committee (RCC) that includes representatives from both sides of the conflict.

“General Cammaert is encouraged by the general enthusiasm of both sides to get to work, immediately. One of the priorities in the coming days will be the organization of the first joint RCC meeting, which is projected for 26 December,” UN spokesman Stephane Dujarric said in a statement.

Cammaert’s team, which the United Nations has said will not be uniformed or armed, will oversee the truce and troop withdrawal from Hodeidah city and three ports.

The United Nations will also provide support for the management of and inspections at the ports of Hodeidah, Salif and Ras Issa; and strengthen its presence in the war-torn region.

Hodeidah, the main port used to feed Yemen’s 30 million people, has been the focus of fighting this year, raising fears abroad that a full-scale assault could cut off supplies to nearly 16 million people suffering from severe hunger.

The deal reached in Sweden is meant to pave the way for a wider ceasefire in the impoverished country and a second round of talks in January on a framework for political negotiations.

An Arab alliance led by Saudi Arabia and the United Arab Emirates entered the war in 2015 against the Houthis to restore the internationally recognised government of Abd-Rabbu Mansour Hadi, which was ousted from the capital Sanaa.

The Houthis control most urban centres, including Sanaa, while Hadi’s government is based in the southern port of Aden.