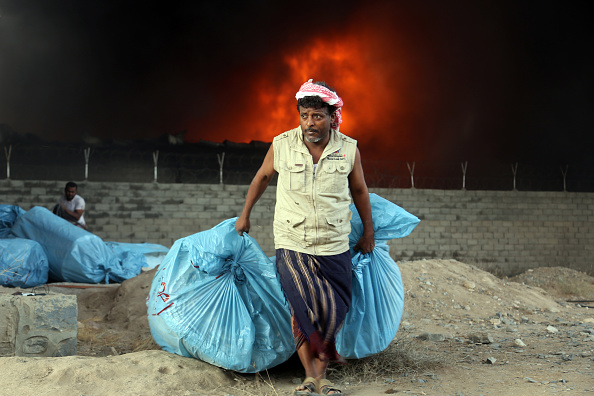 Yemen’s warring parties agreed to a ceasefire in the strategic Houthi-held port city of Hodeidah and to place it under the control of local forces, the United Nations chief said at the close of peace talks in Sweden on Thursday.

UN Secretary General Antonio Guterres said that a political framework for peace negotiations would be discussed at another round of talks between the Saudi-backed government and the Iranian-aligned Houthis.

The Houthis control most population centres in Yemen including the capital Sanaa, from where they ousted the government of Abd-Rabbu Mansour Hadi in 2014. The government is currently based in the southern port of Aden.

“We have reached an agreement on Hodeidah port and city. We will see a neutral redeployment of forces in the port and city and the establishment of a governorate-wide ceasefire,” Guterres told a press conference in Rimbo, outside Stockholm.

He said armed forces of both parties would withdraw from Hodeidah. Coalition troops have massed on the outskirts of the city, the main entry point for most of Yemen’s commercial imports and vital aid supplies.

“I am glad that we made real progress here in Sweden,” he said, describing the deal as a “big step” for the Yemeni people.

Coalition leaders Saudi Arabia and the United Arab Emirates have come under pressure by Western allies, many of which supply the alliance with arms and intelligence, to end the nearly four-year-old war that has killed tens of thousands of people.

The coalition intervened in the war in 2015 to restore Hadi’s government.

Saudi Arabia’s ambassador to Yemen said agreement required the withdrawal of Houthi forces from the strategic port city of Hodeidah.

Mohammed al-Jabir said the agreements, which have not been released to the public in full after talks in Sweden, required the Houthis’ “withdrawing from the city and port of Hodeidah, as well as Taiz, and the release of thousands of detainees and prisoners.”

UAE minister of state for foreign affairs Anwar Gargash welcomed the deal in a series of posts on Twitter.

“Encouraging news today from Sweden. Important political progress made including the status of Hodeida. The Coalition & Yemeni forces’ military pressure enabled this significant breakthrough,” Gargash said in a tweet.