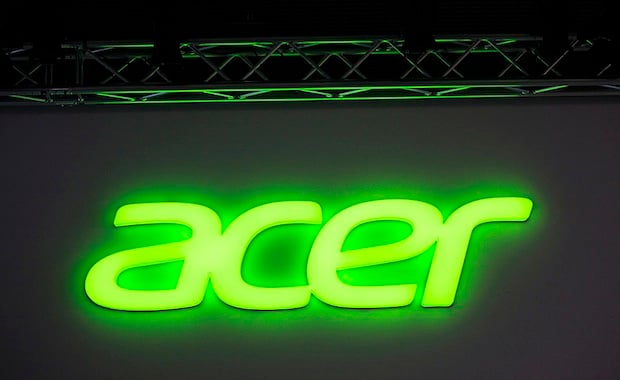 Taiwanese PC maker Acer, which recently unveiled its latest products in the region – including Swift 7, the world’s thinnest notebook – is happy to have exited the smartphone and tablet business in the MENA region, according to its regional head.

Read: Acer to launch world’s thinnest laptop Swift 7 in the UAE in November

Speaking to Gulf Business, Daniel Trachino, general manager of Acer Middle East and North Africa, said that the influx of cheaper Chinese smartphones had made the market unviable.
“We tried in this region – but to be honest it was a disaster,” he said.

“The categorisation here is by brands. So you have A brands – such as Apple and Samsung, and C brands – which is all the Chinese smartphones. The bracket in the middle, B, is where we belong along with our peers like Lenovo, HP and ASUS,” he explained.

“In the MENA region and the Gulf, the big part is the A brands or the C brands. And for the part in the middle, B brands, there is nothing.

“On the other hand, in Western Europe – where we continue to sell smartphones and tablets – the three categories exist and all of them have a share of the market,” he said.

To succeed selling smartphones in the region, it is essential to reach the price point of the Chinese firms, which is unaffordable, said Trachino.

“Which is the reason why when you see there is no bracket for you and you are only going to lose some money, it is better to say ‘I don’t want to play in this arena’.”

In contrast the PC market has remained unaffected by cheaper Chinese brands because of the enormous investment costs required to enter the business.

The prices of the two main required elements – Microsoft Windows and the Intel CPU – are decided by contracts and the contracts are linked to volumes, he explained.

“So if you are starting from scratch, it is very difficult to move in this area because at the beginning, the pricing you will get from Microsoft and Intel will be huge.

“It is like a protected market. That’s the reason why you see fewer and fewer brands. In the GCC region, it’s mainly just the top five PC brands that operate – HP, Dell, Lenovo, ASUS and us,” he added.

Despite the recent decline in the PC market – both regionally and worldwide – Trachino asserted that the market was not dying or dead.

“The market will continue to exist. I remember when the iPad was launched, press articles claimed it was the end of the PC – but it is not dead. On the other hand, the tablet is dead.

“But regarding the future– it’s very difficult to say now what the product will be like in the next 10 years,” he added.