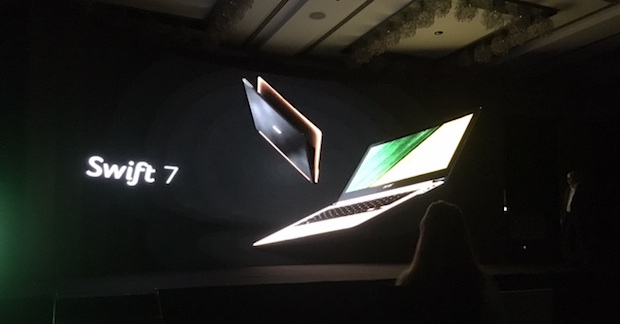 Taiwanese PC maker Acer, which recently unveiled the world’s thinnest laptop – the Swift 7 – confirmed that the device will be available in the UAE and across the GCC this November. 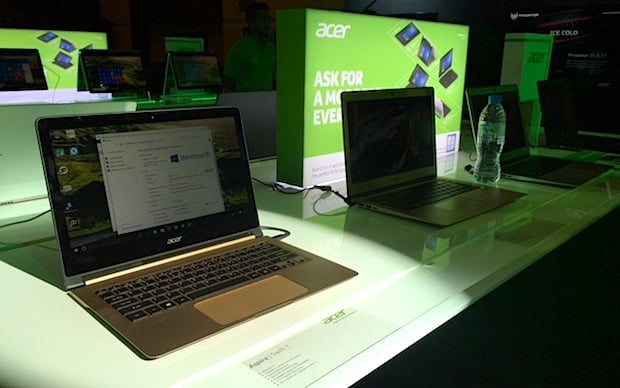 Measuring 9.98mm and weighing less than 1.2kg, the Acer Swift 7 comes with a 13.3-inch full HD display. Enclosed in a unibody aluminium chassis with a C cover in champagne gold, the notebook includes an Intel seventh generation processor and features Windows 10. 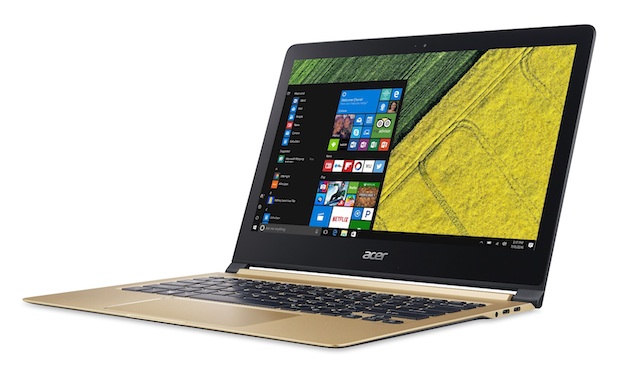 According to Acer, the laptop will also offer up to nine hours of battery life. 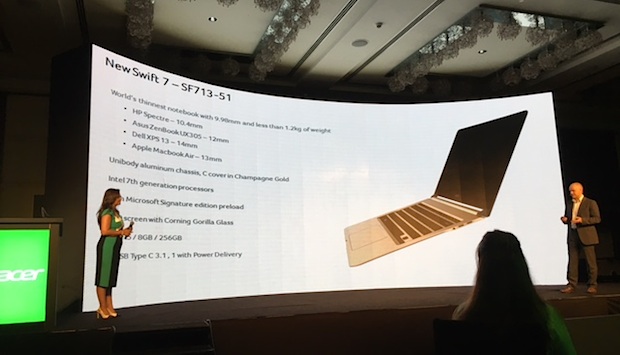 The pricing is estimated at around Dhs5,000, confirmed Daniel Trachino, general manager of Acer Middle East and North Africa.

Acer launched the Swift 7 along with its latest hybrid convertible notebook, the Spin 7, and its upgraded gaming series Predator at an event in Dubai on Wednesday.

Speaking at the event, Trachino said that the Europe, Middle East and North Africa region accounts for the biggest share of revenues worldwide at 37 per cent, compared to 36 per cent in Pan Asia and 27 per cent in Pan America.

Trachino admitted that the PC market was suffering a drop across most of EMEA region, but said he was hoping that the market would soon stabilise.

According to the latest report from IDC, the Middle East and Africa (MEA) PC market shipments fell 13.3 per cent year-on-year in the second quarter of 2016 to total 2.9 million units.

The decline seen in Q2 2016 was the slowest in the past five quarters, the report added.

“The reasons for these declines vary from country to country but include political instability, currency issues and fluctuations, security concerns, low oil prices, and high levels of inflation,” he added.

Another reason for the drop was a significant slowdown in consumer demand, caused primarily by the ongoing shift away from PCs towards tablets and smartphones, the report claimed.