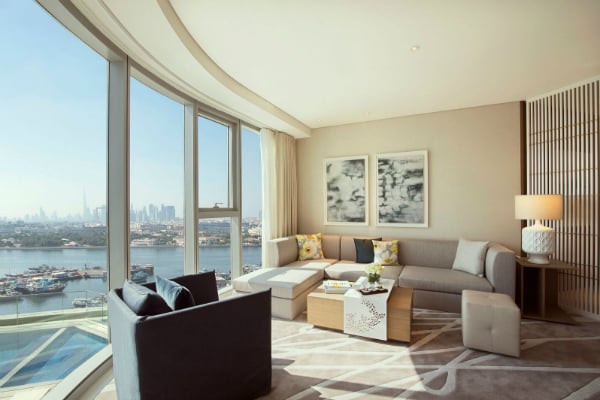 Abu Dhabi hotel group Rotana has announced the opening of a new hospitality complex on the north shore of Dubai’s Creek.

The hotel includes 190 rooms and suites, with the residence component comprising 90 apartments ranging from studios to three-beds.

Features of the two include an executive lounge, a business centre, meeting and conference facilities, an outdoor pool, gym and spa and two restaurants and three casual dining outlets.

The combined 280 keys will add to Rotana’s existing 3,142 across nine other hotels in Dubai.

The company also has 2,888 rooms under various stages of development across the emirate.

“With its vibrant economy and thriving tourism sector, Dubai has always been a highly favourable market for the hospitality sector to flourish and it still promises a brighter future for the sector with occupied room nights forecasted to reach 35.5 million annually in 2019 by advancing at a solid compound annual growth rate (CAGR) over the next 24 months,” said Rotana chief operating officer Guy Hutchinson.

“The opening of Al Bandar Rotana and Al Bandar Arjaan by Rotana is a remarkable achievement and we remain on track to achieve our goal of operating 100 hotels by 2020.”

The company expects to open 17 hotels by the end of this year.