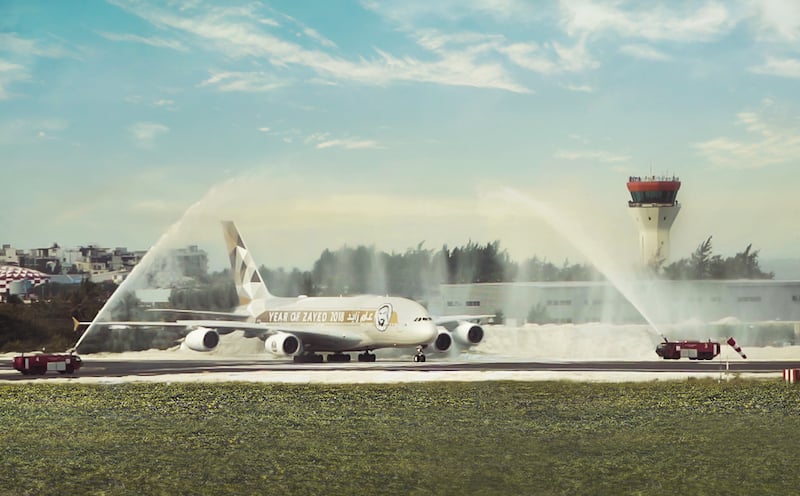 Abu Dhabi airline Etihad Airways operated an Airbus A380 jet to the Velana International Airport in the Maldives to mark the opening of the airport’s new runway.

The new 3,400 metre-long and 60-metre-wide runway is the first in the Maldives capable of supporting an A380.

The special Etihad operation was piloted by first officer, Ali Ahuson, who is from the island nation, a statement said.

Etihad Airways’ A380 features a total capacity of 496 seats – including two seats in The Residence, nine in first class, 70 in business and 415 in economy class.

The airline, which took delivery of its 10th and final Airbus A380 in May last year, claims its double-decker jumbo jets are the “most customised aircraft” of their kind in commercial service.

The A380 features Etihad’s flagship luxury area – The Residence – a private, three-room suite featuring a living room with a 32-inch LCD monitor, bedroom with a double bed, separate en-suite shower room, a dedicated personal butler and a private chef.

Passengers in first and business class also have access to the the Lobby, a lounge featuring two sofas and a staffed bar.

Abu Dhabi’s Etihad to fly only A380s to Paris