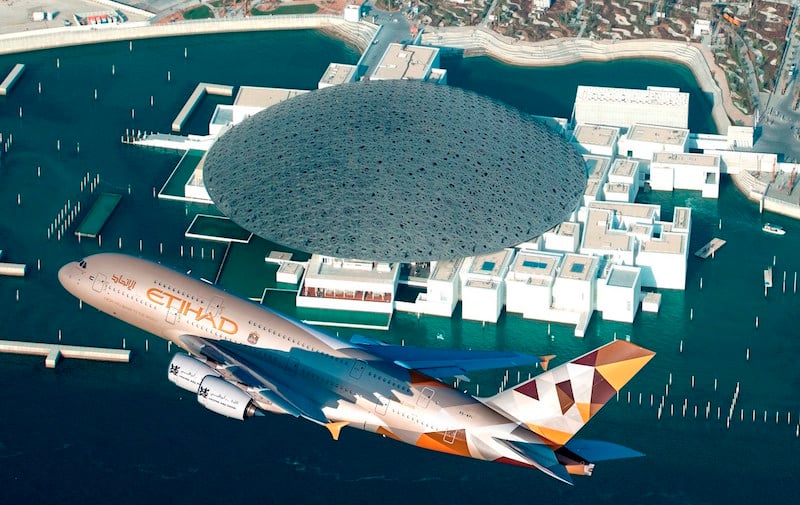 Abu Dhabi carrier Etihad Airways will operate only its jumbo Airbus A380 jets to Paris from October 1, the airline revealed on Tuesday.

Etihad began operating the A380 on one of its two daily flights to Paris Charles de Gaulle in July 1, 2017. Flight EY31 leaves Abu Dhabi at 2.15am and arrives at Charles de Gaulle airport at 7.50am. Return flight EY32 departs from Paris at 10.40am and lands in the UAE capital at 7.30pm.

The introduction of the double decker aircraft on the second daily service will provide travellers between the cities with more options and offer product consistency on the route, the airline said in a statement.

Peter Baumgartner, Etihad Airways CEO said: “Paris has always been a very special destination on the Etihad network and the number of visitors from France to Abu Dhabi, and vice versa has continued to show significant growth. The route has never been more in demand.

“This [deploying the A380] will allow us to significantly increase the number of leisure and premium seats available, providing more options for those wanting to travel point-to-point between Abu Dhabi and Paris, or to connect via our Abu Dhabi hub to points all over the Middle East, Asia and Australia.”

Etihad’s A380s feature 496 seats – including two in The Residence, nine in first class, 70 in business class and 415 in the economy Class cabin.

The Residence is a three-room suite featuring a living room with a 32-inch LCD monitor, bedroom with a double bed, separate en-suite shower room and dedicated personal butler.

Passengers in first and business class also have access to the the Lobby, a lounge featuring two sofas and a staffed bar.

Etihad received its 10th and final Airbus A380 in May last year.

Read: Abu Dhabi’s Etihad takes delivery of its 10th and final Airbus A380

The carrier currently operates an all-A380 service to London Heathrow and New York.