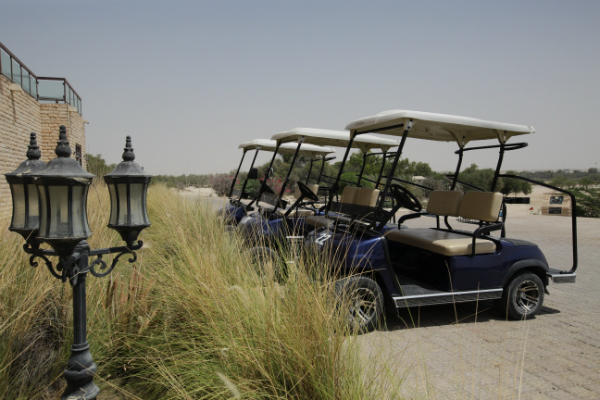 Abu Dhabi’s Al Ghazal Golf Club and Sports resorts is undergoing a refurbishment to add a skate park, shooting range and other attractions.

Manager Abu Dhabi Airports said the plans would transform the emirate’s only sand golf course into a recreational sports hub.

Among the additions will be a ‘state-of-the-art’ paintball park, a wall climbing facility, a golf simulation room, skate board park, tennis courts, a shooting range, football pitch, outdoor gym and spa.

The attraction also aims to offer amenities for MTV biking, a cycling and jogging track and sand boarding, as well as expanded locker space and improved dining venues.

These include the recently opened the Brazlian buffet Ola Brasil Restaurant and the revamped the six-screen Irish Club for sports fans.

“Al Ghazal Golf Club and Sports will be the most luxurious and exciting resort for sport lovers and families seeking an adventurous escape, or to unwind after a long day of work,” said Abu Dhabi airports acting chief commercial officer Saoud Al Shamsi.

“This renovation project has been designed to create a wider golf club membership that ultimately establishes a big and prominent Al Ghazal Community.”

Abu Dhabi Airports said it aimed to reopen the destination towards the middle of the year with most of the new additions to open by year-end.

The wider emirate has announced a series of initiatives and incentives over the last year in order to boost the tourism industry.

The emirate attracted around 10 per cent more tourists last year and is aiming for 5.5 million to 6 million in 2018.