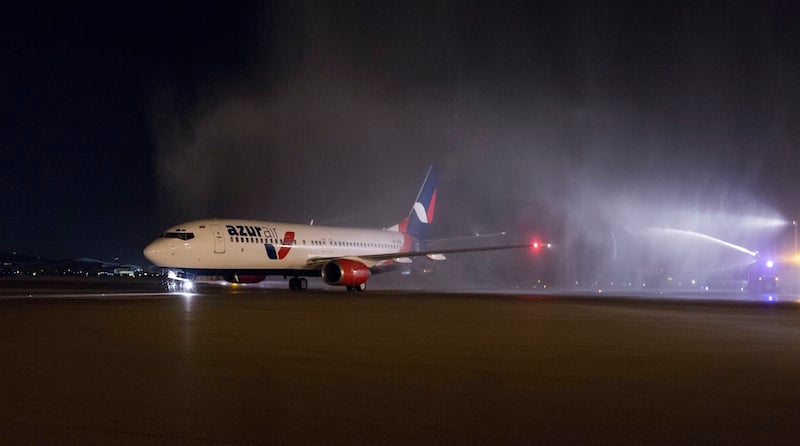 Abu Dhabi’s Department of Culture and Tourism has partnered with Anex Tourism Group to charter direct flights between Russia and the UAE capital.

As part of the agreement, twice-weekly charter flights – operated by Russia’s Azur Air – will fly from Moscow to Abu Dhabi International Airport for six months.

The first chartered flight – with a capacity for 189 passengers – landed in Abu Dhabi on Friday, October 27 and was fully booked, a statement said.

When fully implemented, the charter programme is hoped to lead to a 40 per cent increase in the number of visitors from Russia to Abu Dhabi, it added.

Abu Dhabi has seen a rise in travellers from Russia and countries within the Commonwealth of Independent States (CIS) after the UAE implemented visa-free travel for Russian residents at the beginning of the year.

Travellers from Russia are among the top three longest-staying visitors in Abu Dhabi, with an average of one to two weeks, the statement added.

Currently, Abu Dhabi has approximately 1,800 weekly seats from all Russia and CIS markets.

With the latest programme, Abu Dhabi Tourism “aims to compensate for the lack of direct flights ahead of an anticipated surge in the number of visitors from Russia and CIS”, it said.

“We are confident that this initiative will enable us to tap into the growing appetite to visit Abu Dhabi and experience its diverse attractions.”

Svetlana Volynchuk, UAE supervisor at Anex Tour added: “We are planning to increase the percentage of sales for Abu Dhabi packages at least twice through the exposed flight programme and increasing the number of exclusive contracts with the hotels.

“The region of Abu Dhabi is cheaper by 10-15 per cent compared to other travel destinations in the region.”

Abu Dhabi is aggressively expanding its tourism sector as part of its economic diversification strategy. The emirate had over than 2.25 million visitors during the first six months of 2017, according to the Abu Dhabi Tourism and Culture Authority (TCA).

It is undertaking an ambitious tourism strategy to attract 7.5 million visitors per year by 2030.