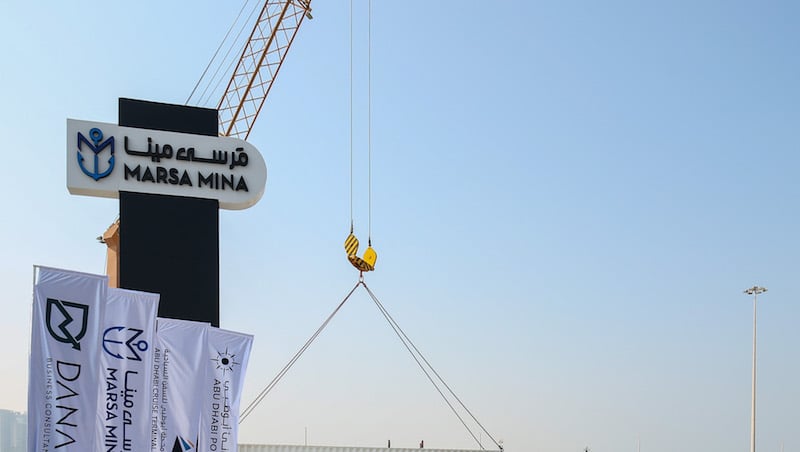 Abu Dhabi Ports has started work on its new waterfront project Marsa Mina, which will develop the city’s port area at Mina Zayed.

Located next to the Abu Dhabi Cruise Terminal, Marsa Mina will feature a mix of food trucks and retail concepts, family entertainment, playgrounds and open seating areas. Retail units will be constructed from recycled shipping containers, a statement said.

Marsa Mina – which has been developed in partnership with Danas Business Consultancy – will also showcase artworks created from reused maritime equipment to create the ambience of a maritime museum.

An area will also be allocated to attract entrepreneurs with “interesting business concepts” while offering them business support facilities, the statement added.

Overall, the project is aimed at creating a new leisure destination for cruise tourists and residents.

Marsa Mina is scheduled to be completed and opened to the public in the first quarter of 2020, the statement said.

“The introduction of Marsa Mina will not only draw increased footfall from both international visitors and members of the local community but will widen the exposure of Abu Dhabi’s cruise culture to the global market,” said Mohamed Al Shamisi, CEO Abu Dhabi Ports.

“To promote the growth of small and medium enterprises in Abu Dhabi, we have set aside development space in Marsa Mina dedicated to entrepreneurs and start-ups. Businesses who are keen on establishing themselves in the port can expect a streamlined registration process,” he added.

Neighbouring Dubai is also looking to expand its port facilities to tap into the cruise tourism industry.

Mina Rashid will feature ‘The Dubai Mall by the Sea’ – a waterfront retail, dining and leisure destination; a floating yacht club; a sandy beach spread over 12,600 square metres and Dubai’s longest swimming pool.

It is being developed by Emaar along with P&O Marinas, a subsidiary of DP World.