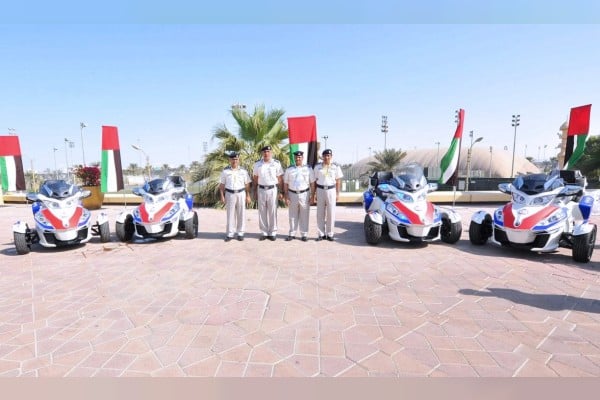 Abu Dhabi Police has unveiled a fleet of 10 first responder ambulance cycles for accident patients in the emirate.

The emirate’s police force said the new vehicles were intended to improve emergency response times and the quality of care for patients.

They are particularly expected to excel on narrow roads and in congested areas where they will be able to reach accidents quickly and provide initial treatment.

Upon arrival the crew can assess the situation and inform the control centre if there is the need for additional support. They can then provide treatment until ambulances arrives for follow-up procedures and transport of the wounded to hospital.

Among the equipment onboard are hydraulics designed to cut and open vehicle wreckage and evacuate the injured as quickly as possible. Each also has an integrated fire extinguisher and an automatic defibrillator.

Two of the 10 vehicles have been modified for use in sandy areas. One will be allocated to Tal Marab in Al Dhafra and the other in Al Sad in Al Ain.

In neighbouring Dubai the police force is also testing increasingly exotic forms of transportation including a hover bike that could be used to reach emergencies more quickly by 2020.