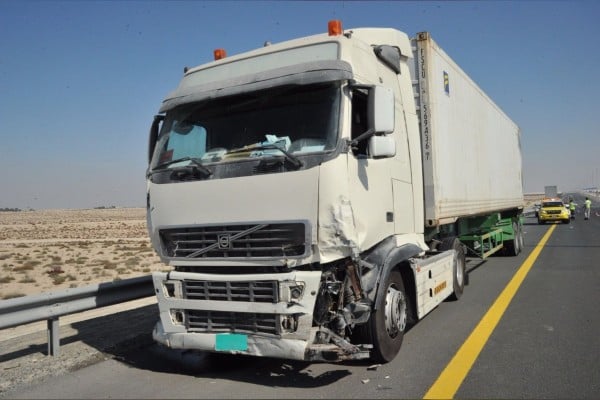 The incident occurred in an area of thick fog after Kizad Bridge at about 8:00am on Tuesday and resulted in injuries to 22 people.

An Abu Dhabi Police spokesperson said the arrest was because the driver did not comply with a ban on heavy vehicles during peak hours and failed to heed the adverse weather conditions.

In light of these violations he has been charged and will be put on trial. The identity or nationality of the driver was not disclosed

Abu Dhabi Police also warned drivers to exercise caution in foggy conditions, reduce their speed and leave a greater stopping distance between their vehicle and the one in front.