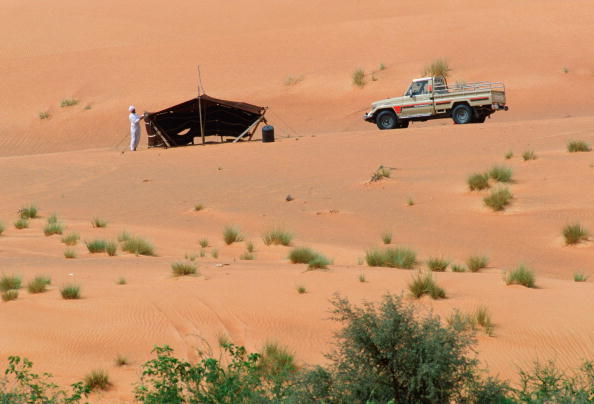 Abu Dhabi has signed an agreement with a Chinese firm to convert existing desert land into areas where grass, trees and vegetables can grow.

The deal between the manager of Abu Dhabi’s forests and agricultural production, Mawarid Holding, and Chongqing Earthskin Eco-technology will involve the selection and soilisation of one or more desert areas in its first year.

This land will then be used in different agricultural industries.

As part of the agreement, which is being funded by Mawarid, Chongqing Earthskin may also set up a desert soilisation research centre in Abu Dhabi.

Officials hope the project can help address the UAE’s current reliance on imports for 80-90 per cent of its food.

Read: Food Security: Should The GCC Be Worried?

A desert steppe reclamation project in China’s Ulan Buh Desert over the last two years has seen areas able to produce more than 40 types of crops.

“The UAE atttaches great importance to the agricultural sector despite the country’s land and water constraints and thereby pursuing the policy of the UAE’s “visionary” leader, the late Sheikh Zayed, who declared: ‘Give me agriculture and I will give you civilisation’”, said Mawarid chairman Abdul Jalil Albluki.

“This will benefit future generations and improve the quality of life depending on new and diverse sources and conserve water resources in UAE.”

The project comes as part of wider cooperation between the two countries under China’s ‘belt and road’ initiative.

Elsewhere in the UAE, companies are experimenting with new farming techniques to produce crops.