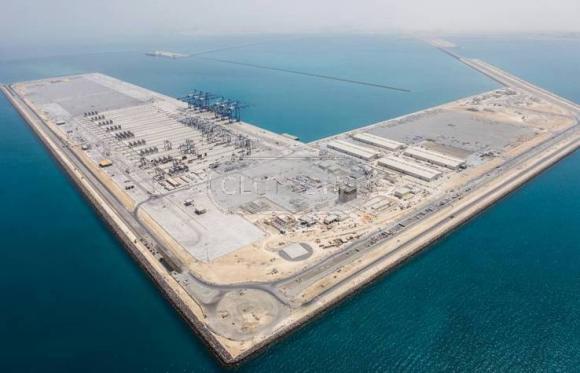 Foreign direct investments from Chinese companies in Abu Dhabi’s industrial free zone has touched $1bn in less than a year and is expected to rise when the UAE’s new investment law takes effect, officials said on Thursday.

Chinese companies are seizing opportunities in the Gulf as the world’s second-biggest economy seeks to expand its influence overseas with its ambition to rebuild Silk Road trade routes.

Last year, five Chinese companies from Jiangsu province set up base in the Khalifa Industrial Zone Abu Dhabi (Kizad) to build various industries with an initial investment of $300m.

Since then, 10 Chinese companies have invested in Kizad, taking the total number of companies to 15 and value of investments to $1 billion, Mohamed Juma al Shamsi, chief executive of Abu Dhabi Ports told a business forum.

Abu Dhabi Ports Co manages Kizad as well as the ports in the emirate.

“Given the interest of Chinese companies, we expect more investments to flow,” al Shamsi said.

Three new companies in the chemicals, construction and oil sectors signed agreements on Thursday to invest and set up businesses in Kizad.

A new investment law that will allow 100 per cent ownership to foreign companies outside of free zones in the UAE is expected before the end of this year, encouraging more Chinese firms to invest, said He Song, economic and commercial counsellor, Embassy of China in the UAE.

The UAE is China’s largest non-oil trading partner and an important gateway to Europe and Africa, he said, adding many Chinese companies were awaiting the UAE’s new investment law.

Currently, foreign companies can own only up to a 49 per cent stake in a company in the UAE, but are allowed 100 percent ownership in free zones.