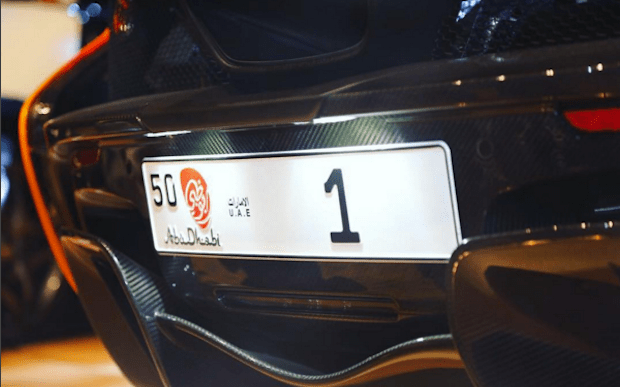 A limited edition Abu Dhabi Number 1 car licence plate was sold for Dhs31m in an auction in the UAE capital on Saturday.

The plate was bought by Emirati businessman Abdullah Al Mahri, 32, who told local reporters that he bought it in honour of the country’s rulers.

Earlier this year, a Dubai-based Indian businessman bought the D5 number plate for Dhs33m in what was described as the biggest auction in the Roads and Transport Authority’s history.

Other record UAE plate sales in the past include Number 1, sold in June for Dhs18m to Emirati businessman Arif Al Zarooni in Sharjah.

The country’s costliest plate is believed to be the Number 1 licence plate in Abu Dhabi, which was sold for Dhs52.2m to Emirati businessman Saeed Al Khouri in 2008.