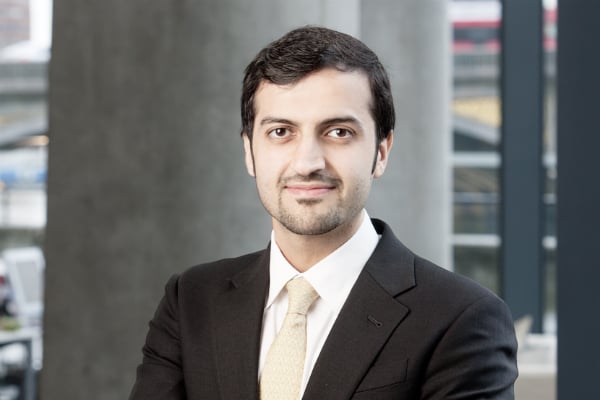 It’s not a traditional approach at all. You can see that from what we do,” smiles Jassim Alseddiqi — chief executive and managing director of the ever-growing and increasingly ubiquitous Abu Dhabi Financial Group.

Alseddiqi — a qualified engineer himself — is explaining one of the secrets to the investment company’s success: a different way of thinking about the financial industry and how to explore its opportunities.

“But you need two to tango,” he adds. “You need the engineering, scientific, mathematic element, but you also need the social sciences element. It’s important to have a good mix, but somehow engineers last with us longer.”

However he calculates the optimal balance, the formula clearly works.

With more than $5bn in assets under management, ADFG has delivered a 27 per cent internal rate of return to stakeholders since launching in 2011. Primarily exposed to the real estate sector — which makes up 60 per cent of firm’s portfolio — the company is also active in financial services, hospitality, energy, and more.

Among its noteworthy activity, ADFG acquired 68.84 per cent of luxury London apartment developer Northacre in 2013, bought the iconic New Scotland Yard for GBP370m ($483m) in 2014, and in 2016 acquired a 48.36 per cent stake in Dubai-based financial services firm Shuaa Capital from Dubai Group.

One of the most intriguing to date, however, is the Goldilocks fund, which was launched in 2015 and is domiciled in the Abu Dhabi Global Markets.

Alseddiqi previously called the fund “a pioneering investment strategy called constructivism — or constructive activism”, and said that its aims are to “seek out equities with a compelling risk-reward profile, where our involvement can act as a catalyst to increase value for all stakeholders by way of improvement of management trends and governance, among other strategies”.

Now, two years on from its introduction, the fund is making a major impact.

“Goldilocks started investing heavily in the first quarter of 2016,” says Alseddiqi. “It’s performance for 2016 was more than 200 per cent. And its performance since inception was around 356 per cent up to June this year.

“We based it in ADGM a year ago and it has had a big impact for its clients because they have a regulated jurisdiction, FSRA rules, and things like that. It’s more headaches for us, but the investors deserve that.

“The bottom of the market was January 2016, and the companies that Goldilocks invested in, the market cap has increased by more than Dhs6bn ($1.63bn). This means it created Dhs6bn of value add to the capital markets. It has turned around all the businesses that it has invested in.”

These impressive figures look set to grow, with plans to bring the platform into new geographies.

“It was launched as an activist fund targeting the UAE stock market. But we will be expanding it to other regions,” he explains.

“Right now it is UAE — later it will become geography agnostic. Maybe you will see us this year in a different market, but it depends on opportunities. We are first and foremost driven by opportunity.”

Among the other opportunities ADFG is pursuing is the launch of ADCorp — the company’s newly formed Islamic investment bank.

“When we announced the offshore bank, we put the capital at $100m,” Alseddiqi says.

“We’ve exceeded that and will soon be launching it. It will also be in ADGM — our offices are being built there right now.”

But one deal that is definitely off the table for now is a merger between Shuaa and Bahrain’s GFH. Earlier this year the two were in talks over a potential deal that could create an investment bank with assets exceeding $3.65bn. But despite continuing media interest, Alseddiqi confirms discussions have been halted.

“We had a few that we discussed — one of them was GFH. At the moment we have stopped those discussions. Maybe we will go back to it, maybe not. But at the moment they have stopped.”

A deal that did go through for Shuaa, however, was its 11 per cent purchase of Kuwait-based Amwal International Investments in July. This came shortly after Goldilocks Investment raised its stake in commodity trader Noble Group from 5 per cent to 8.2 per cent.

But despite such positive activity, don’t be fooled into thinking ADFG has it easy in any way. Alseddiqi readily admits that the firm operates “under difficult conditions” due to the nature of the market. But he also says that these conditions usually bring with them new business openings.

“Last year was a very interesting year. We saw the oil price in the first quarter of the year drop significantly, so what we did is we invested heavily in the equities market, where we have Goldilocks.

“In the UK, immediately after the Brexit referendum, the sterling price decreased significantly. After the referendum we completed on the New Scotland Yard deal [in Central London], so we got a nice saving on sterling at that time. 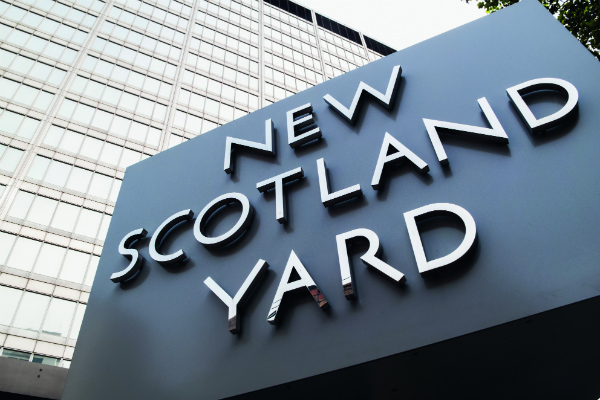 “In both cases we looked at the opportunity that was there.”

For Alseddiqi, Central London consistently presents real estate opportunities due to the nature of its micro-economy, separate from the rest of the UK.

“A weak sterling is like a discount to buyers in different countries, and today the sterling is down from 1.55 to 1.25 or 1.27. This is a good 15 per cent drop, which is akin to a 10 to 15 per cent reduction in the price of real estate — assuming this is without any discount on the real estate itself.

“So we see a lot of interest from the dollar-pegged countries investing in the London real estate market. Traction is building there and hopefully it will continue for the rest of the year.”

While Central London “remains interesting” for Alseddiqi, real estate on the home front is a trickier subject to tackle.

Growth has been slow or stagnant for many real estate segments across the Gulf region, while activity for some has decreased in the past year and a half.

A February report by Standard and Poor’s cited factors including the strength of the dollar, weakness of the UK pound, diminished purchasing power and weakened investor sentiment as contributing to the market’s difficulties.

But recent movement has been encouraging. Bruno Wehbe of Strateg& said that he expects “a potential reversal during the end of 2017 or beginning of 2018,” echoing sentiment from numerous other industry analysts, players and commentators.

Overall, Alseddiqi says he is “positive on real estate” in the UAE. But explains that it is not easy to give such a broad epithet.

“When you say ‘real estate’, it is a very subjective terminology,” he says. “But there are certain fundamentals here in the UAE that tell people that real estate prices are low. In Abu Dhabi supply is limited, which is not the case in Dubai. Dubai supply is unlimited, but Dubai is a global city today. In Abu Dhabi there is limited product variety.”

“Then there is another important element, which is that today replacement cost is approaching price of asset. So if you buy an apartment, for example, at Dhs900 per square foot, if you calculate the interest and time and risk and all of that, it’s as if you’re buying at cost. And if you factor into that tax-free, quality infrastructure, and so on, the price should be much higher.

Looking ahead, it is difficult to map out ADFG’s future plans entirely, given the nature of the industry. But there are certain factors that Alseddiqi believes will help breed further success in the months and years to come.

“This is a team effort, so to have a passionate and dedicated team is important. A team that works any time and is alert,” he explains.

“If you are alert and conscious of your surroundings, you can wake up at 3am thinking of a solution or an opportunity.

“We honestly first look for attitude and passion rather than experience.”

Another key component Alseddiqi identifies for future success is flexibility.

“Fast execution is very important,” he says. “The English have a saying — I don’t know if it’s true or not — that a ‘committee’ is like ‘come-for-tea’. Meaning, it’s a waste of time. I believe in that — I do not believe in committees.

“I believe in trusting a system, and the system should have the flexibility and agility to make decisions very fast. Today we are in a time where decisions are made in seconds, and you can’t call a committee to meet in order to make that decision. That’s my opinion — if you don’t have that freedom, you’re shackled.”

Evidence suggests it’s a philosophy that delivers results for ADFG. And with 2017 proving to be another fruitful year, Alseddiqi looks to have engineered a path towards unshackled success in the years ahead.