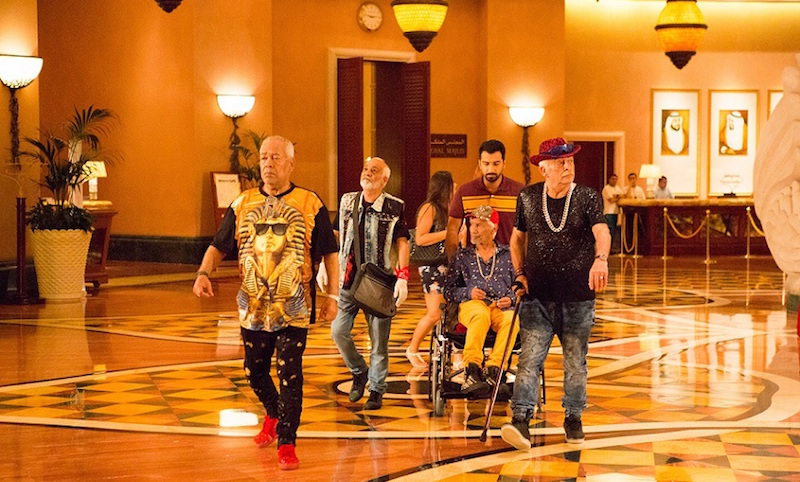 Comedy film Shabab Sheyab, produced by Image Nation Abu Dhabi, which premieres in Saudi on Thursday, November 8, becomes the first GCC film to play in cinemas in the kingdom.

Saudi opened up cinemas in the country this year, ending a nearly 40-year ban in the kingdom.

When one of them inherits a large fortune, the friends escape for a life-changing adventure in Dubai, encouraged by their doctor and nurse, played by Kuwaiti stars Laila Abdullah and Fouad Ali.

Shabab Sheyab, which premiered at the Palm Springs International Film Festival in January 2018, is produced by Rami Yasin’s Breakout Films and Starship Entertainment – a partnership between Al Yasiri and Al Feeli. Tanweer Films is distributing the film across the MENA region.

“Shabab Sheyab tells a story of family, friendship and self-discovery that is universally relatable but will particularly appeal to GCC audiences – so it’s very exciting that it will be the first regional film released in Saudi Arabia,” said Al-Yasiri.

“Arabic-language entertainment best reflects the region’s way of life. With an incredible cast and crew from across the Arab world, including the UAE, Kuwait and Syria, regional voices and stories have been at the heart of this project from start to finish.”

Saudi Arabia is set to open almost 350 cinemas with 2,500 screens by 2030, with an aim to attract nearly $1bn in annual ticket sales by catering to an audience of 32 million.

In August, the kingdom awarded its fourth cinema licence to Lux Entertainment Company in partnership with Al-Hokair Group for Tourism and Development, Sinopolis International and Al-Taeir Group.

Ben Ross, chief content officer at Image Nation Abu Dhabi, said: “Saudi Arabia has launched an ambitious vision for a sustainable and commercially viable film industry, and with 15 million consumers under the age of 25, this is a significant new market for local creativity. Arabic-language entertainment is in high demand among Saudi and GCC audiences.”