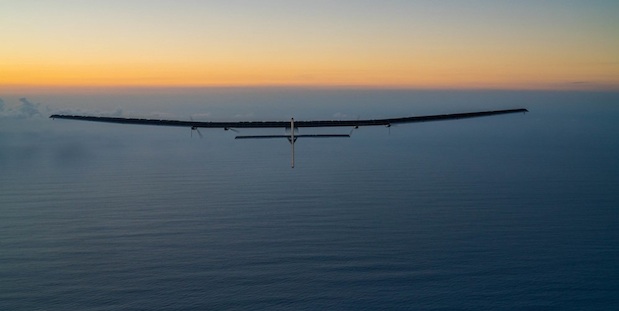 Abu Dhabi-backed Solar Impulse 2 (Si2) landed in Spain early on Thursday morning, completing the first ever crossing of the Atlantic by a solar-powered airplane.

The 70-hour transatlantic journey carried out by the zero-fuel plane marks a historic achievement.

The pilot Bertrand Piccard tweeted “After a long night of turbulence and little sleep, I see the first light of the day and I believe the #futureisclean”

Despite the lack of sleep and turbulence experienced during the 70-hour journey, Piccard persisted through the challenging leg over the Atlantic, finishing the trip from New York’s John F. Kennedy airport.

The project had initially hoped to end the Atlantic leg in Paris, to echo the pioneering flight in 1927 of Charles Lindbergh.

However, due to a predicted storm forecasted this week for Paris, Seville was chosen as the safest option.

This round-the-world trip, which set out from Abu Dhabi’s Al Bateen Airport on March 9, 2015, marks the transatlantic journey as its second historic moment.

Last summer, Piccard’s partner and co-pilot Andre Borschberg set a record for the longest uninterrupted journey in aviation history in a 6,437-kilometer flight between Japan and Hawaii. This flight lasted 118 hours.

Having completed its final 15th leg of the journey, the plane is now expected to complete the 35,400-kilometer world trip in Abu Dhabi in early July.