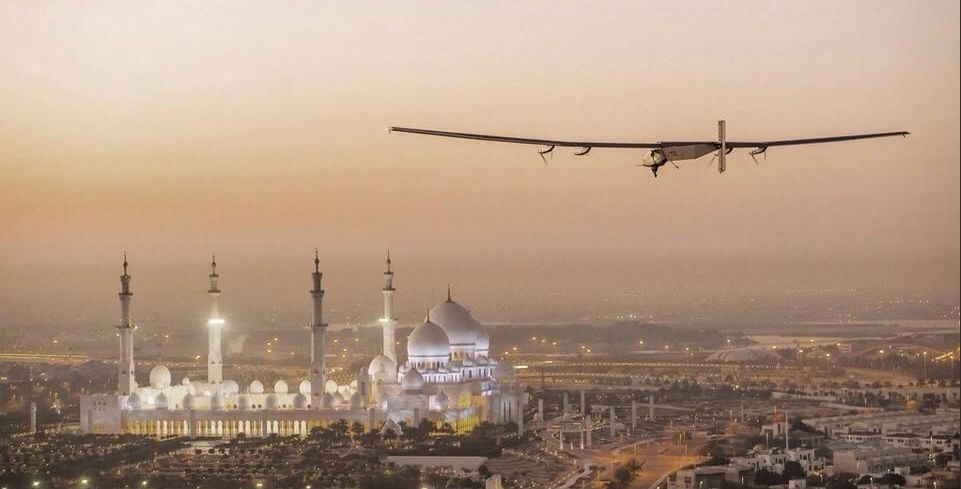 The first solar-powered flight attempting to fly around the world took off early Monday morning from Abu Dhabi.

Solar Impulse 2 (Si2) took off at 7.12am from the Al Bateen Executive Airport and will fly about 400km in approximately 12 hours to its first destination, Omani capital Muscat.

Speaking ahead of the launch, Borschberg and co-founder Bertrand Piccard said: “Only a significant support will push governments to replace old polluting technologies with clean and efficient technologies.

“This is what we want to create throughout our solar powered round-the-world flight. If there are technological solutions to fly a plane day and night without fuel, imagine the potential of these technologies in our daily lives, to achieve energy savings and reduce CO2 emissions.

From Muscat, the flight will travel to Ahmedabad and Varanasi in India, Mandalay, Chongqing, Nanjing, Hawaii, Phoenix, New York, Europe and Africa before returning back to Abu Dhabi. The journey is slated to end in July 2015.

The company’s website www.solarimpulse.com allows supporters to follow the progression of the airplane Si2 during its travel around the world.

People can also track the pilot’s conversations with the mission control center in Monaco and a virtual cockpit provides the telemetrics of Si2, including altitude, speed, battery level and equipment on board.

Abu Dhabi clean energy company Masdar is the host partner for the flight and hosted Solar Impulse during the reassembly of Si2 and the final flight preparations.

“The world has a shared responsibility – and collective action must be taken – to create a cleaner future.”