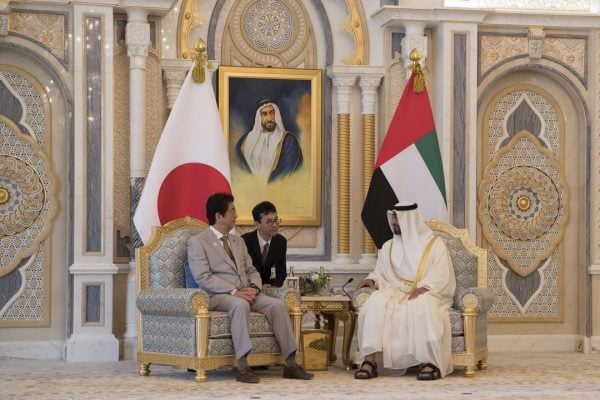 The agreement, signed during the second day of Japanese Prime Minister Shinzo Abe’s visit to the UAE, comes following Inpex’s securing of a 10 per cent interest in the field in February for $600m.

“This agreement further strengthens the economic relationship between the UAE and Japan, which is founded on the established and mutually beneficial partnerships in the energy sector,” said ADNOC group CEO Sultan Al jabber.

“And, as the only IOC partner participating in both the Lower and Upper Zakum oil fields, we will continue to seek synergies between the two oil fields.”

Under the February deal, the firm extended its stakes in the Satah and Umm Al Dalkh concessions for 25 years, maintaining a 40 per cent stake of the former and increasing its share in the latter from 12 per cent to 40 per cent, at a cost of $250m.

Lower Zakum is one of three new separate concessions that make up the former ADMA offshore concession, under a split designed to maximum commercial returns.

Other shareholders include China National Petroleum Corporation, an Indian consortium, led by ONGC Videsh, Italy’s ENI and France’s Total. ADNOC retains a 60 per cent stake in the field.

The UAE meets 25 per cent of Japan’s crude oil requirements and ADNOC said its was “keen to deepen its ties and partnerships with Japan’s energy and petrochemical sectors, particularly in the downstream”.

The state oil firm said it was also exploring opportunities to tap into Japan’s experience with artificial intelligence, big data and predictive analytics.