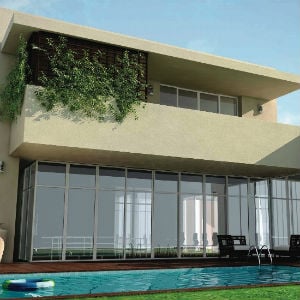 Five years ago it seemed so easy. Pick a preferred location. Develop irresistible marketing collateral. Sun, sea and impossibly picturesque backdrops would do the rest. Build it and they would come.

The global real estate crisis has forced luxury developers to make difficult decisions about how to sustain their projects into the future, given falling house prices and the negative equity confronting existing tenants. Consultancy firm Jones Lang Lasalle says Dubai property prices will bottom out within about a year, but whether this is the case in other areas is far from clear.

Two real estate developments are instructive in the manner in which their sponsors have reacted to the real estate crisis of the past two-and- a-half years. The Wave Muscat was originally conceived as a high-end luxury community catering to expatriates and Omanis. Conversely, Aphrodite Hills, near Paphos, in Cyprus, has become a fixture on the international conference circuit, and adjacent villas and apartments have managed to attract a very high-end clientele.

The severity of the property slow- down has hit Cyprus hard. Department of Lands and Surveys data to October 2010 show that the general market has fallen between one-third and two-thirds between 2008 and 2009-10. Still worse, the months up to July 2010 were slightly ahead of the comparable month in 2009, but August, September and October 2010 were below the year earlier month. While this does not necessarily reflect the situation at the high end of the market, the developers of Aphrodite Hills, Lanitis Development, have had their work cut out to progress on new phases. The core selling months of April to July are likely to provide respite in 2011, or perhaps 2012, as the global economy picks up.

Around 700 villas, junior villas and apartments at Aphrodite Hills have been sold at the resort in the past eight years. Today, almost 80 per cent of the 117 villas and apartments in the latest Theseus Village phase have been sold. A new phase, known as Alexander Heights will bring another 69 units to market. Mortgages are available for up to 40 years with a down payment of 25 per cent. Some 35 investors from Dubai have already purchased properties at the site, with Elysian Group acting as sole agent for Lanitis Development in the UAE since early 2010. Cyprus has 2.5 million tourists a year, and the management seems confident that the location’s charms will rub off on new arrivals.

The Wave Muscat was set up as an integrated tourism complex [ICT] in 2006 and a completed development with some 4,000 freehold properties is now envisaged as the final goal. An ICT is the government’s official designation for areas where the sale of freehold property to non-Omani nationals is allowed. The development took $90
million in revenues last year. Because construction only goes ahead after sale, the project’s owners, the government of Oman and Majid Al Futtaim, have if anything increased the number of units planned on project completion. With such a strategy insulating the Wave from recession, the prospects look bright.

The Wave has seen what its CEO, Michael Lenarduzzi, calls a “broadening of product reach… without a change of
overall positioning.” This is designed to increase its appeal across the board while at the same time maintaining the project’s high standards. The vision has filled out, and now, in addition to apartments and villas clinging to the coast road, several new neighbourhoods, including a 400- berth marina, a golf course designed by Greg Norman, for which the first nine holes will be complete this spring, and four new hotels, including the Kempinski and Fairmont brands, will increase the resort’s appeal. “We are not selling real estate; we are creating a destination,” he says.

Some 1,000 property units have already been sold at the Wave, with 600 handed over by the end of 2010. Foundations have been laid at another 980, with over 900 reaching rooftop level. “Oman’s challenge is how to become more sophisticated as a tourism market,” says Lenarduzzi, of the need to take on neighbours Abu Dhabi and Dubai. “The issue is how they will compete with us.”