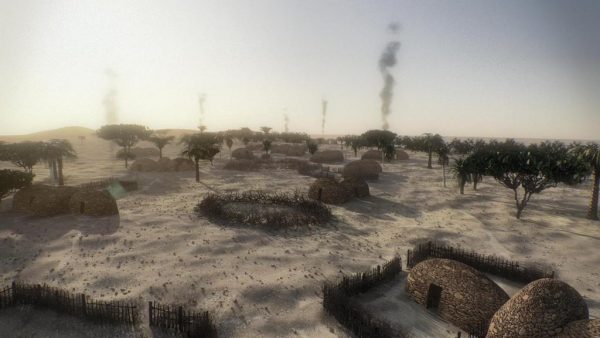 Archaeologists from Abu Dhabi’s Department of Culture and Tourism have discovered the oldest known Neolithic village in the UAE.

Radioactive carbon testing at the site on Marawah Island dated it at around 8,000 years old, according to state news agency WAM.

They believe the abodes, which are remarkably similar in design and construction style, were used for several hundred years.

The UAE is home to many archaeological sites dating back to the Neolithic period but the Marawah Island discovery is the first with clear structures.

Prior to this, researchers had assumed the UAE’s population was purely nomadic and moved around constantly to find pasture and water for herds of sheep and goats.

Stable communities from the period found elsewhere in the Middle East have been associated with the rise of agriculture, sometimes described as the Neolithic Revolution.

Department of Culture and Tourism – Abu Dhabi CEO Mohammed Khalifa Al Mubarak said the discovery painted a more accurate picture of Abu Dhabi’s history and the life of its inhabitants.

“The exciting discoveries they have uncovered thus far serve to showcase Abu Dhabi’s earliest years, and help us accurately map out our development by seeing how far we have come,” he said.

“As we continue to invest in these archeological excavations, we will no doubt further understand our ancestors and our land, and share these findings with the world.”

Archaeologists believe the settlers on the island partly chose the location because of its proximity to the Arabian Gulf, which provided by food and trading opportunities with nearby settlements.

Artefacts found on the island include a ceramic jar, the oldest known evidence of porcelain trade in the UAE, currently on display at the Louvre Abu Dhabi.

Further exploration is planned on the island, as soon as conditions permit, to shed more light on the village and the capital’s history.