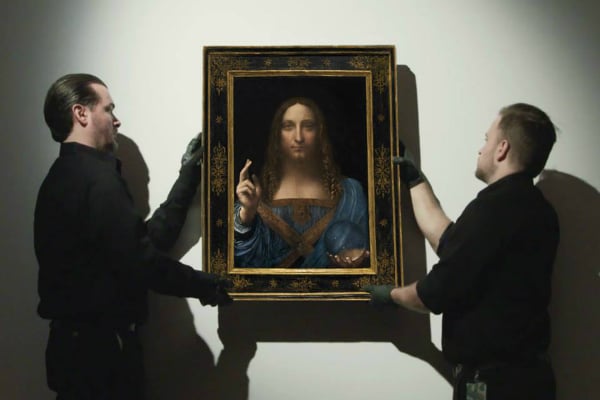 The world’s most expensive painting Leonardo da Vinci’s Salvator Mundi is to be displayed at the newly opened Louvre Abu Dhabi, the museum announced on Wednesday.

In a brief tweet the Louvre confirmed the painting would be on display, without disclosing any further details.

The Christ by the Renaissance master smashed artwork auction records last month when it was sold for $450m to an unknown buyer.

The price was nearly three times the previous auction record set by Pablo Picasso’s painting Women of Algiers in May 2015.

The New York Times reported on Wednesday that the buyer was a Saudi prince, Bader bin Abdullah Al Saud.

The painting, which dates from around 1500 is one of only 20 da Vinci’s known to exist and the only one in private hands.

Prior to its recent record auction the artwork had an interesting history. King Charles 1 of England was said to have owned it before it disappeared until 1900 when a British collector acquired the work.

The art deals restored the painting and claimed it was the authentic work of Leonardo himself before it was exhibited across the world and sold at auction by Christie’s.

In a separate tweet the auction house indicated the Louvre Abu Dhabi would be the painting’s “new home”.

Congratulations — the Salvator Mundi is going to its new home the @LouvreAbuDhabi https://t.co/ehv8jm5Lii

The securing of the painting will be considered a triumph for the Louvre Abu Dhabi, which opened to some fanfare last month after years of delays.

The move will also alleviate concerns after the November 15 auction that the painting would never be seen in public again.