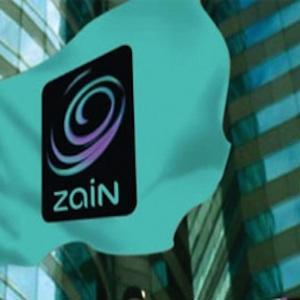 Kuwait-based telecommunications provider Zain will launch its long-awaited initial public offering (IPO) of its Bahraini unit next month, it said on Monday, in what would be the first listing on the Kingdom’s bourse since 2010.

The subscription period for the IPO will run from September 2 to September 16, with shares priced at BD0.19 ($0.50) each, Zain said in a stock market filing in Kuwait, adding the offering was open to retail investors in Bahrain as well as institutional investors in the Gulf region.

Nearly all the cash raised from the offering of 15 per cent of the firm – equivalent to 48 million shares – will be used to fund upgrades of its network infrastructure as well as expand its 4G LTE offering in the Kingdom, a separate document stated.

The investment banking units of Gulf International Bank and National Bank of Kuwait will run the offering, with the former also acting as underwriter.

Zain Bahrain’s IPO will be the first in the Gulf Arab country since Aluminium Bahrain listed 10 per cent in November 2010.

The kingdom’s bourse suffers from poor liquidity, which makes it unattractive to companies to list. Trading activity on Bahrain’s exchange is the lowest in the region with just 827.9 million shares traded during 2014 so far, compared to 85.5 billion traded on Dubai’s bourse over the same time period.

Since its listing, Aluminium Bahrain’s share price has fallen by more than half.

However, like in many Middle Eastern countries, Zain must list part of its operations in Bahrain as part of its licence agreement signed in 2003.

An IPO had originally been mooted in 2008 but the global financial crisis pushed the plans back until Bahrain’s Telecommunication Regulatory Authority (TRA) instructed Zain last April to complete the sale by the end of 2013.

While this deadline passed, moves began earlier this year to get the floatation underway.

“This is something they are doing because of license requirements,” said Cairo-based Omar Maher, an equity analyst at EFG-Hermes. “Bahrain is a small operation and a small IPO and, for Zain as a parent company, the proceeds will have little impact on their financial results.”

Zain Bahrain, 63 per cent owned by parent Zain, competes with former monopoly Batelco and the local unit of Saudi Telecom.

Zain also plans to list its Iraqi unit, which could raise more than $1 billion, but the IPO has been delayed twice and the current political tensions in the country make it difficult to see when it will finally go ahead.