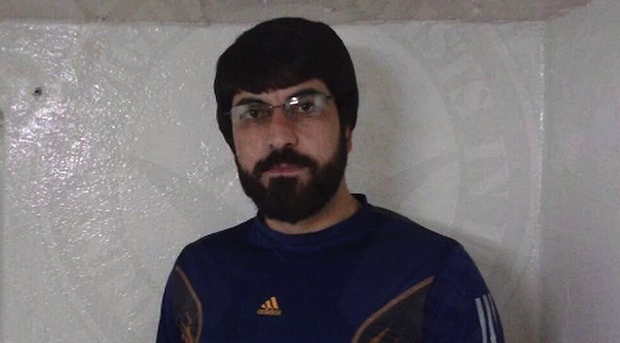 A judge in Iran reportedly told a prisoner on death row who pleaded not guilty to drug charges: “No problem, if you are innocent you will be sent to heaven after execution.”

Reza Hosseini, 34, from Koohdasht was one of four prisoners executed for drug related charges on May 3, according to human rights site HRANA.

Official court documents obtained by Iran Human Rights claim Hosseini was charged with possession of 140 kilograms and 305 grams of heroin.

He insisted on his innocence in court and refused to accept the charges against him.

However, he was sentenced to death at the Ghezel Hesar prison following a two-minute trial, according to the report.

Speaking to HRANA, Hosseini’s wife Azadeh Geravand defended her husband. “The drugs which have been mentioned in the documents did not belong to us and were found in our neighbour’s house whom we did not know,” she said.

“Reza was initially arrested because of having an argument with the Police in the parking.”

She also alleged that her husband was under a lot of pressure and faced several interrogations during his imprisonment.

At the court as well, the judge coerced him to admit to his guilt, she said.

“But my husband said that if he was innocent, why he should accept it. Then the judge told him: ‘No problem! If you are innocent you will go to heaven after the execution’,” she claimed.

“When we realized his death sentence was to be carried out, me and Reza’s mother somehow managed to drive 840 kilometres to Ghezel Hesar Prison to see him for the last time.

“But, once we arrived, the authorities did not allow us to visit him. Instead, they hurled insults at us,” Geravand added.

Iran Human Rights has called on the United Nations to conduct an independent investigation into the case.

According to the agency, several hundred people are executed every year for drug offences in Iran.