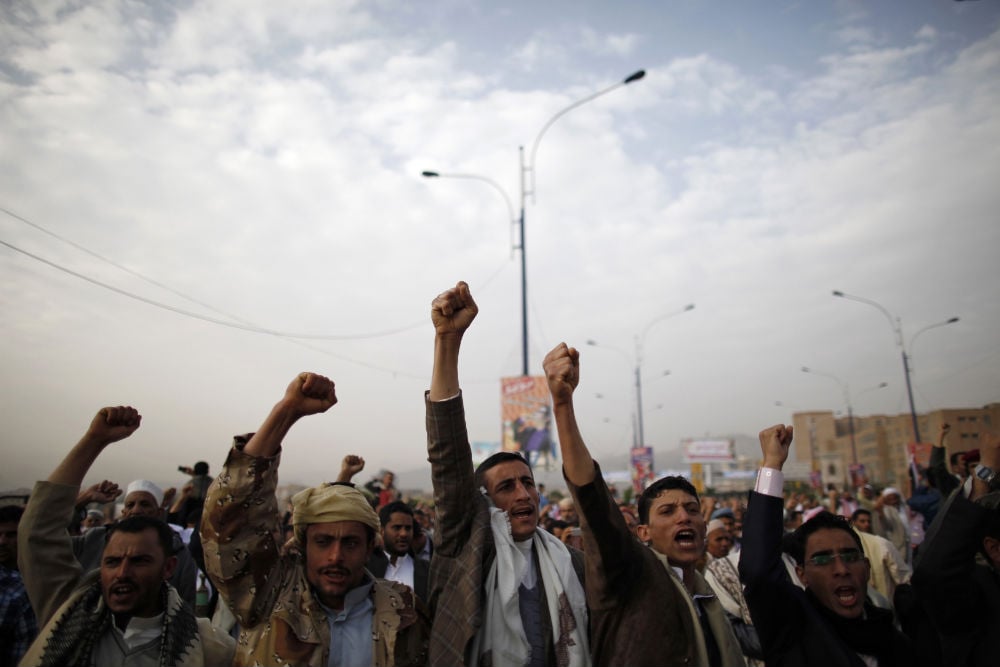 Hundreds of protesters gathered outside the Yemeni president’s house in the capital Sanaa on Wednesday to call for the fall of the government, angry at a city-wide power cut about to enter its third day and severe petrol shortages.

The blackout in the capital, widely blamed on the sabotage of oil pipelines by armed tribesmen with grievances against the government, is among the longest dark spells in almost three years of patchy electricity supply since Arab Spring protests unseated Yemen’s former president in 2011.

The pipeline attacks have deprived the state of revenue to buy fuel products, increasing the cost of food in the Arab world’s poorest country.

“Leave us, leave us, down with the corrupt leader!” angry residents chanted in front of President Abd-Rabbu Mansour Hadi’s house.

“This failure by the government has turned our lives into hell: no electricity, no gasoline or water. They have to leave us right away,” said protester Mohamed Sharaf.

Sanaa’s two million residents have been forced to light their homes with candles or private generators, fuel for which is increasingly expensive.

Hundreds of vehicles clogging gas stations have paralyzed traffic, causing the authorities to shut down streets including one that connects Hadi’s private home with the presidential palace.

A revolt by Shi’ite militants in the North, secessionist unrest in the South and al-Qaeda militancy across the country has sapped Yemen’s economy, as oil and water resources decline.

Security forces have struggled to face down the insurgents or to prevent the attacks on oil and electricity facilities.

Official news agency Saba reported that tribesmen had attacked power lines in the eastern province of Marib on Tuesday, leading to the blackouts in Sanaa and other areas.

In a separate incident, the army said it foiled an attempt to blow up a power station in the southern province of Shabwa with two explosives-laden cars on Wednesday, according to Saba.

Wealthy Gulf neighbors and the West fear for the stability of Yemen, which shares a long border with the world’s top oil exporter, Saudi Arabia.

The United States has stepped up its support for its government and military, at the same time it has repeatedly launched deadly drone strikes on suspected al-Qaeda militants there.