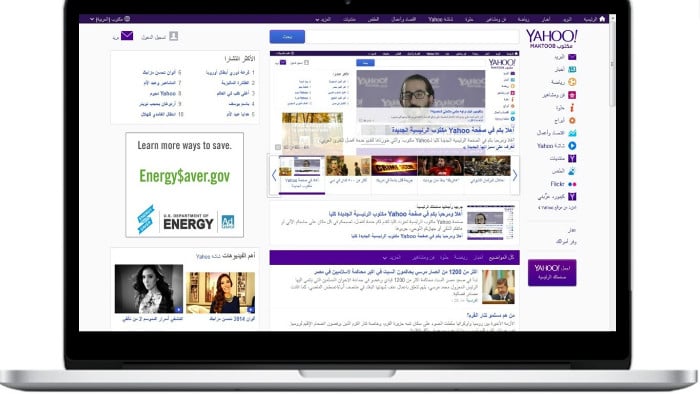 Internet giant Yahoo is reinventing its offering in the Middle East, with the launch of a redesigned front page and plans for extensive football coverage ahead of the FIFA 2014 World Cup in Brazil.

The revamped Yahoo Maktoob homepage, launched on Monday, includes a “personal, intuitive design” for both its English and Arabic editions in the MENA region, the company said.

“The new Yahoo Maktoob experience is a smart design that is intuitive, functional and optimised for easy, everyday consumption, and is fast and consistent across PC, tablet, and smartphone,” the firm said.

Announcing the launch, Dawn Airey, senior vice president, Yahoo EMEA said that the new look was reflective of what consumers wanted and included all the popular functions such as the weather, news, sports and pictures on the front page.

“The Middle East is a big market for technology and the growth of mobile in the region poses huge potential for us,” she said.

The company is also cashing in on the region’s football rage, and has extensive coverage plans charted for the FIFA 2014 World Cup in Brazil.

Globally, Yahoo recently sighed on Chelsea manager José Mourinho as its football ambassador for 2014, and he will provide exclusive analysis of the FIFA World Cup 2014 for Yahoo users across the world.

In the region, Yahoo has partnered with Egyptian comedian Ahmed Helmy and will be sending him to Brazil during the tournament to provide entertaining Arabic content around football, the firm confirmed.

Adel Shehadeh, Product Manager at Yahoo Maktoob said: “Football fans in this region seek one platform to get updates, news, up to the minute live scores and match details.

“With this in mind, the app was developed for those users on the go.”

Starting in April, Yahoo Maktoob will launch a UTURN channel under its video platform Yahoo Screen, featuring UTURN’s new productions throughout 2014, including leading comedy series, a library of UTURN’s video content and behind the scenes videos.

Consumers in the region are seeking “good” Arabic content created locally and the new partnership will help meet the demand, said Yahoo.