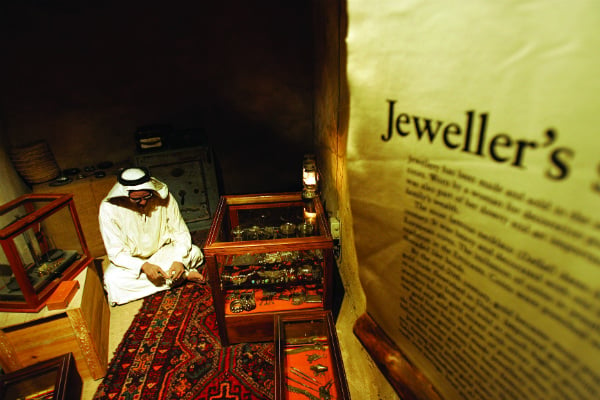 The worst may be over for jewellers in the Gulf Cooperation Council after declining economic sentiment hit sales in the opening months of 2016, according to the chief executive of Damas.

Luxury brand retailers in the UAE had the toughest four months in recent history at the beginning of the year, according to local reports, with some reporting sales even lower than the recession in 2009.

Speaking to Gulf Business, Damas chief executive Anan Fakhreddin said the company had seen “some impact” on its sales as consumers cut back spending.

“People saw oil prices were decreasing and they started acting on that,” he said.
“I believe we’ve seen the worst. In the last two months things were improving.
We’re back to normal now, more or less, at least when it comes to our diamond jewellery collection. We might still have some impact on some product categories that were focussed too much on a certain consumer segment like the Russians or Chinese.”

The company’s new collection, incorporating Forevermark diamonds, aims to cater for demand for responsibly sourced jewels, particularly among the region’s young population. It comes as Damas continues to realign its collections due to falling interest from international visitors.

“In terms of product selection for the last six months or one year we shifted attention more towards the local segments due to the declining business coming on the back of tourists,” he said.

Forevermark, which specialises in responsibly sourced diamonds, bucked a global trend of flat diamond jewellery sales last year by selling 40 per cent more diamonds than it did in 2014, according to chief executive Stephen Lussier.

“With the right brand, the right message and the right partners you can still do extraordinarily well even in a more difficult environment,” he said.

The company’s owner, De Beers, which is the world’s largest diamond producer by value, said last month that the global diamond market faces a “fragile recovery”.

Global diamond jewellery sales fell 2 per cent in 2015, to $79bn due to reduced sales in India, Japan, Russia and the Middle East, according to the company, following a record $81bn the year before.

De Beers itself also reported earnings before interest and tax of $571m for last year, down 58 per cent compared with 2014.

“Business in the second half of last year was very difficult and from January we’ve seen an improvement,” Lussier said. “The sentiment remains pretty good and it definitely feels like there has been a significant improvement.”

When asked about the company’s expansion plans’ Fakhreddin said it was “almost business as normal” for Damas, but it had realigned to match market conditions. The company opened its 40th store in Saudi Arabia last month and is expected to open its 50th in the country by the end of the year, he revealed.

“At the same time we are still looking, as we informed the markets three years back, at expansion opportunities globally, there are some good targets on the radar and I hope we see some success there very soon.”