World's first hydrogen-powered flying boat to be made in Dubai

The Jet, the world’s first clean-energy, hydrogen-powered flying boat, is set to be launched in Dubai.

The Swiss based startup THE JET ZeroEmission announced that it has signed an agreement with UAE-based Zenith Marine Services and DWYN to manufacture and operate The Jet.

World’s first hydrogen-powered flying boat, ‘THE JET’, set to be manufactured and launched in #Dubai. pic.twitter.com/gPbQaFuE08

The announcement is a step ahead for the clean-tech industry and for the start-up itself, which garnered part of the required EUR10m funding, official news agency WAM reported. 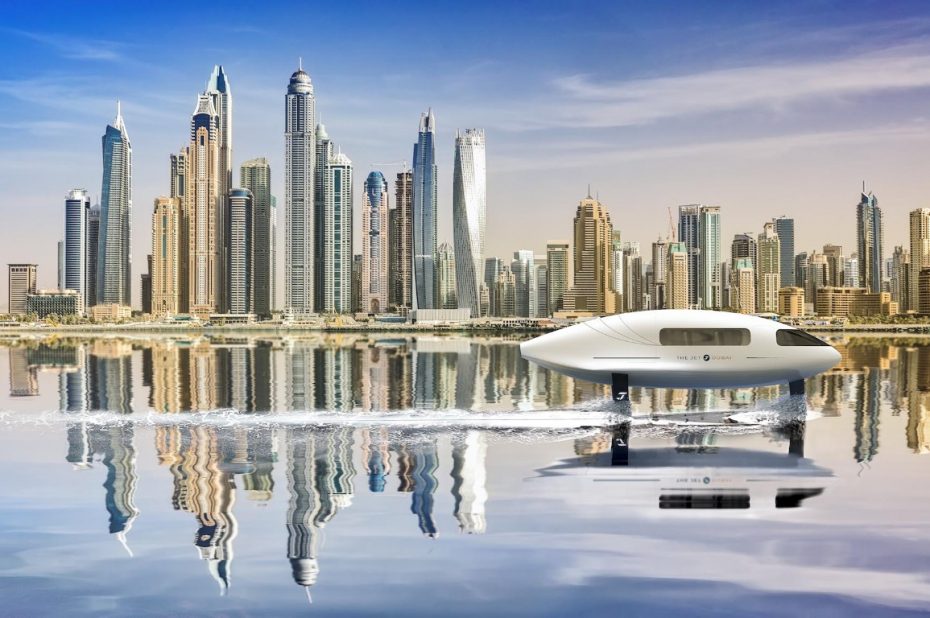 The boat will cruise without noise over the waters at a speed of 40 knots, and has a capacity of hosting 8-12 passengers. It is equipped with two fuel cells, an air conditioner and other environmentally friendly technologies that help reduce carbon emissions.

“We are pleased to make this announcement from Dubai, and be able to manufacture and launch ‘The Jet’, which is going to be the world’s first boat to sail without noise, waves, or emissions and have the capability of flying 80cm above the waters,” said Alain Thébault, founder of THE JET ZeroEmission, and an erstwhile world sailing speed record holder.

Alain Thébault, Founder of THE JET ZeroEmission: Pleased to make this announcement from #Dubai, and be able to manufacture and launch ‘THE JET’, which is going to be the world’s first boat to sail without noise, waves, or emissions and capable of flying 80cm above the waters

“We look forward to meeting with those interested in this flying boat at the 28th International Climate Summit (COP28 UAE) that will be hosted in the UAE,” said Thébault. The boat’s technology will be delivered in Dubai for an inaugural flight, during the next COP28 UAE preparatory meetings, which will be held in November 2023.

Renewable energy is paramount to the emirate’s and the country’s priorities.

The emirate launched the Dubai Clean Energy Strategy 2050 by virtue of which it aims to produce 75 per cent of its energy requirements from clean sources by 2050.