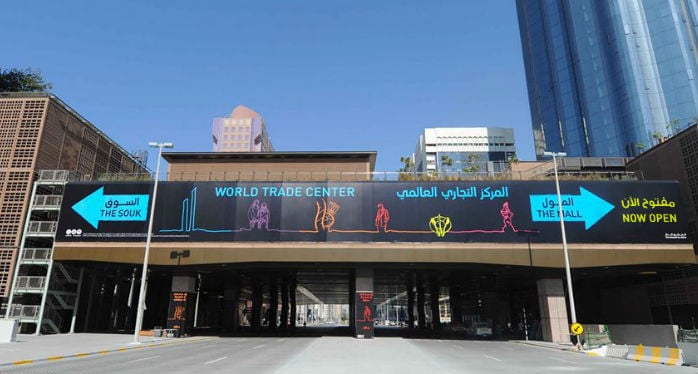 Mohammed Al Mubarak, deputy CEO at Aldar Properties said, “The World Trade Center Mall completes the transformation of Abu Dhabi’s historic Central Market area, which was – and now remains – the heart of shopping in the capital.”

This is the company’s first flagship store outside the UK and Ireland.

Nabil Daud, CEO, Retail Arabia International, which represents House of Fraser in the Region, said, “We are very excited to announce the opening of the first international flagship store of House of Fraser, which marks the beginning of an expansion plan for the brand in the Middle East.”

The mall is part of the wider World Trade Center Abu Dhabi development, a massive mixed-use project that also comprises the WTC Souk with 250 retail outlets, WTC Offices with 59 floors of office space and WTC Residences with 474 units. The development will also feature a Courtyard Marriott Hotel with 195 rooms.

Abu Dhabi is swiftly ramping up its retail offering, with property consultant Jones Lang LaSalle estimating that over 349,000 sq m of new retail gla (gross leased area) will enter the capital’s market by the end of 2013.

The opening of the new WTC Mall also closely follows the launch of The Galleria, a luxury shopping destination on Abu Dhabi’s Al Maryah island.