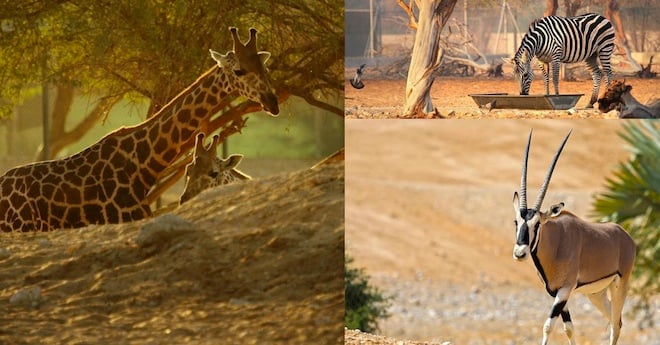 The world’s largest man-made safari park is all set to open in the United Arab Emirates on Wednesday as part of an expansion of the Al Ain Zoo.

The park, spread across 217 hectares, houses around 250 wild animals at present, but that number is set to increase to around 400, officials said.

Initially, it will offer only an African safari, but plans are on to expand the offering to an elephant sanctuary, an Asian and an Arabian safari.

Guests going on the African safari can hope to spot lions, zebras, giraffes and antelopes in their natural environment.

The tour – done with an Emirati guide and driver – lasts for about one hour and costs Dhs 200 per person. Guests can also opt to book an entire Nissan Patrol 4×4 for Dhs 1,000 per ride.

The Al Ain Safari park is part of a wider expansion project at the zoo, which also includes the Sheikh Zayed Desert Learning Centre.

Spanning 12,500 square metres, the Learning Centre provides a description of the desert environment of Abu Dhabi and highlights efforts to preserve the environment.