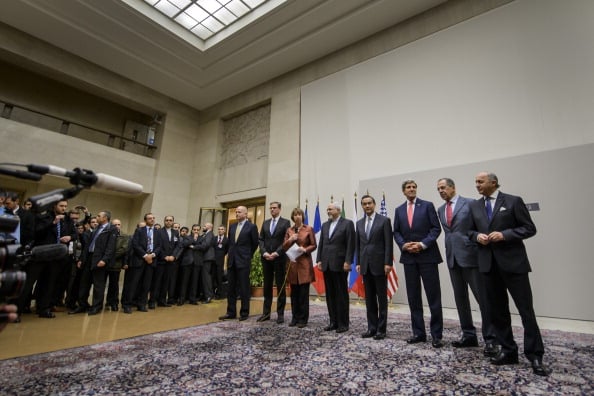 Six world powers and Iran have suspended their expert-level talks on implementing a landmark nuclear deal until after Christmas, a spokeswoman for European Union foreign policy chief Catherine Ashton said on Sunday.

Experts from the United States, Russia, China, France, Britain, Germany and Iran met in Geneva between Thursday and Sunday to settle the practical details of the accord, which obliges Tehran to suspend its most sensitive nuclear work.

They need to decide when the Nov. 24 deal goes into effect, meaning when Iran has to fulfil its obligations and Western governments ease some economic sanctions in return.

A key sticking point appears to be how much advance information Western governments will get so they can verify that Iran is meeting its end of the deal before they lift any sanctions.

The spokeswoman for Ashton, who oversees diplomacy with Iran on behalf of the six nations, did not say how much progress, if any, had been made towards resolving the numerous technical aspects of the deal in the four days of talks.

Diplomats have said although the task is complicated, there is real political will on both sides to carry out the agreement. Zarif was quoted by Iran’s semi-official Fars news agency, however, as saying that the talks in Geneva were “moving forward slowly”.

The Geneva round was the second time nuclear experts and sanctions specialists from the seven countries and the European Union had met to figure out how the nuclear deal will be implemented.

Earlier this month, a round of talks in Vienna was suspended after the United States blacklisted 19 Iranian companies and people, and some Iranian officials said this decision violated the spirit of the Nov. 24 nuclear agreement.

Iran rejects Western fears that its nuclear work has any military intentions and says it needs nuclear power for electricity generation and medical research.

The Nov. 24 agreement is meant to give the six powers time to negotiate a final settlement with Iran that will put an end to the decade-old standoff and ease worries over a new war in the Middle East.