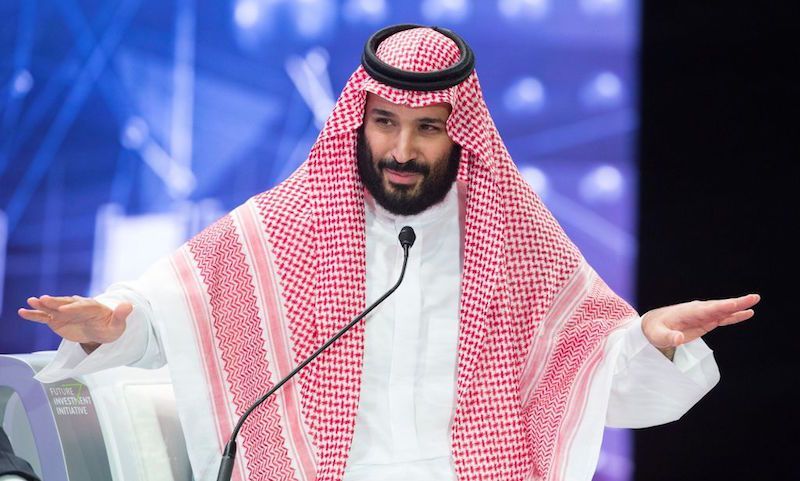 Global finance and business elites are descending on Riyadh this week for Saudi Arabia’s marquee investment summit after last year’s event was overshadowed by the murder of government critic Jamal Khashoggi.

Blackstone Group Inc. Chief Executive Officer Stephen Schwarzman and SoftBank Group Corp. founder Masayoshi Son are among scores of executives due to speak at the three-day Future Investment Initiative – an annual jamboree that showcases the kingdom’s ambitions, starting on Tuesday.

Wall Street A-listers such as Bank of America Corp.’s Chief Operating Officer Tom Montag and JPMorgan Chase & Co.’s global banking head Carlos Hernandez, who are working on Saudi Aramco’s on-off IPO, will also rub shoulders with the oil giant’s Chairman Yasir Al-Rumayyan. Speculation is swirling over when the much-anticipated deal will be announced.

As well as the who’s who of finance, political figures such as US Treasury Secretary Steven Mnuchin and Jared Kushner, a White House adviser and President Donald Trump’s son-in-law, will also attend after Mnuchin skipped last year. Indian Prime Minister Narendra Modi and Brazilian President Jair Bolsonaro will also be there.

One of the more surprising speakers is seven-time Grammy winner Will.i.am. The Black Eyed Peas co-founder and founder of I.Am.Plus will discuss artificial intelligence alongside other industry experts.

Here’s who else is due to attend the forum and why:

SoftBank Group: Founder Son may use the summit to tee up commitments for its massive second Vision Fund. Saudi Arabia’s sovereign wealth fund had said it would invest another $45bn after committing the same amount in the first round. But as the Vision Fund’s oversized bet on flexible workspace provider WeWork sours, some backers including the kingdom’s Public Investment Fund are reconsidering their plans.

Blackstone: CEO Schwarzman will be back after skipping last year. The Public Investment Fund agreed to commit as much as $20bn to an infrastructure investment fund with Blackstone in May 2017.

BlackRock: CEO Larry Fink will make his second public appearance in Saudi Arabia this year after attending a two-day finance summit in April where he said he’s planning an office in the country as the world’s largest asset manager seeks investment opportunities. Fink last year said he was not “ashamed” of doing business in the kingdom following the global outcry over Khashoggi’s murder.

Citigroup: CEO Michael Corbat will represent the New York-based lender, one of about two dozen banks working on Aramco’s mammoth IPO. Citigroup has been expanding in Saudi Arabia after reopening in the kingdom following a more than 10-year absence. The bank has also had lead roles on the country’s recent debt sales.

HSBC Holdings: Acting CEO Noel Quinn will attend. The firm is one of the most active international investment banks in the kingdom through its local unit HSBC Saudi Arabia Ltd., in which the London-based lender owns a 49 per cent stake. Samir Assaf, CEO of global banking and markets, was among a handful of executives to show up at last year’s FII. The bank’s commitment was rewarded when HSBC was reappointed the work on the Aramco IPO.

Credit Suisse: CEO Tidjane Thiam will represent the Swiss lender, one of the surprise names on the Aramco IPO roster. The strength of Credit Suisse’s private banking business was a key factor for the oil giant – offering access to the many billions they manage for ultra-rich investors. The bank, which counts the kingdom’s Olayan family as one of its largest shareholders, has been expanding in the country, hiring private bankers and equity traders.

Morgan Stanley: Franck Petitgas, head of international operations and potential successor to CEO James Gorman, led the pitch to Aramco in August. The New York-based bank has been in the kingdom since 2007 and is one of the nine joint global coordinators on the company’s IPO. The bank is said to be handling the lion’s share of the listing preparations alongside JPMorgan.

Goldman Sachs: COO John Waldron will represent the US bank at the summit. The firm landed a top role on Aramco’s IPO after enlisting the help of one-time Trump staffer Dina Powell. Saudi Arabia is becoming the focus of the bank’s Middle East strategy after the fallout from the 1MDB corruption scandal marked its abrupt downfall in Abu Dhabi, once one of its most lucrative markets in the region.

Moelis & Co.: Vice Chairman Eric Cantor will return this year after he and CEO Ken Moelis were two of a few bank executives that showed up at last year’s forum. The New York-based boutique bank continues to enjoy strong ties with the kingdom and its upper echelons and is one of three financial advisers on Aramco’s IPO.

Also due to speak are: