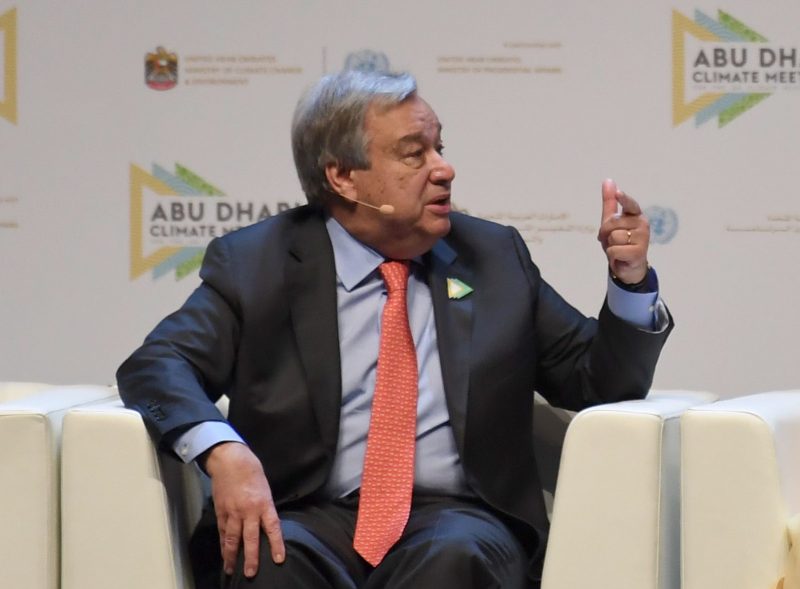 The UN Secretary-General has told attendees at the Abu Dhabi Climate Meeting that the world is “facing a grave climate emergency” and called for greater support in developing the green economy.

António Guterres was talking on the opening day of the two-day conference aimed at addressing the threats posed by global warming. More than 1,000 government ministers, energy experts and business leaders are scheduled to attend the event, which officials hope will boost efforts to combat climate change.

The Secretary-General told delegates: “The world is facing a grave climate emergency – disruption is happening now and faster than top scientists predict.

“Every week brings more devastation, floods, drought and … superstorms. All around the world, people are losing their homes and forced to migrate. The situation only gets worse and we must act now with urgency. We have no time to lose.”

“My message is clear and simple: we are in battle for our lives but it is a battle we can win. Here in Abu Dhabi we are facing in the right direction.”

The conference is designed to “take stock of progress across all the action areas of the Climate Action Summit,” according to the UN website, and seeks to build on the Paris Agreement, signed by 186 member states at the 2015 United Nations Climate Change Conference, or COP 21. It takes place a few months before the UN’s Climate Action Summit 2019, which will take place in New York between September 21-23.